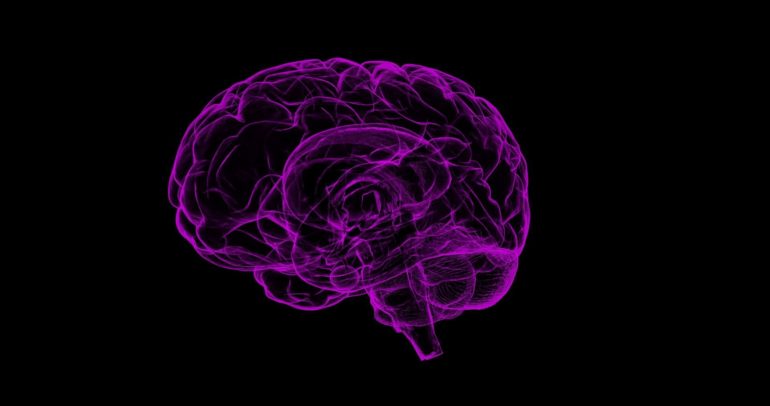 A condition that causes loss of vertigo perception and imbalance has been diagnosed in traumatic brain injury patients for the first time.

In a clinical study led by researchers at Imperial College London and clinicians at Imperial College Healthcare NHS Trust, out of 37 patients with acute traumatic brain injury (TBI), fifteen were diagnosed with a newly characterized neurological diagnosis called vestibular agnosia—a condition in the brain which results in loss of vertigo perception and imbalance.

He said: “Imbalance affects a majority of TBI patients leading to them having falls fairly frequently. It can affect patients’ physical and mental wellbeing, as well as affecting patients financially as it can make it hard for them to return to work post treatment. Some of these adults also have to support a family or care for elderly patients, meaning the knock-on effect of ill-health in this group is multi-generational. Frequent falls in this patient group also have a financial impact on the NHS due to frequent readmissions to hospitals.

“Our study is the first to identify loss of vertigo in some TBI patients and explain why they have balance problems and falls. This finding could lead to the development of new treatments and diagnostic tests.

Importantly, current guidelines require updating so that clinicians can screen for vestibular agnosia in TBI patients at a much earlier stage as common treatable balance problems will be missed if the patients do not have access to these tests. We believe that diagnosing and treating these balance problems early will lead to a quicker recovery and a better quality of life for our patients.”

A TBI refers to any form of injury to the brain which is the result of a severe blow or jolt to the head. It is most commonly caused by road traffic incidents, falls and assaults. Some of the symptoms of TBI include headaches, dizziness, fatigue, irritability and memory impairment.

It is the commonest cause of chronic disability in under 40 year olds and imbalance is one of the major complaints. TBI patients with balance problems are twice as likely to be unemployed six months after their injury compared to those without balance dysfunction.

A key step in treating TBI imbalance is to understand the underlying causes but previous studies could not identify a clear-cut cause in TBI patients with chronic imbalance. Secondly, doctors looking after TBI patients only look for balance problems if patients complain of dizziness, which some patients who have frequent falls don’t experience.

Vestibular agnosia is a condition linked to both loss of vertigo perception and imbalance, due to damage to a neural circuit in the right temporal lobe of the brain. Although vestibular agnosia can be observed at the bedside, it is most accurately diagnosed in the laboratory using a test developed by Dr. Seemungal. There are currently no specific treatments for vestibular agnosia but its recognition is important as patients may be at risk of falls and may have treatable inner ear problems despite not complaining of vertigo

The team wanted to investigate the brain mechanisms of imbalance in acute TBI, its link with vestibular agnosia, and potential clinical impact.

To assess patients’ ability to perceive vertigo, participants sat on a rotating chair in total darkness and were instructed to press a button (right or left) as soon as they perceived their movement and its direction. Horizontal eye movements were recorded with electronystagmography—a diagnostic test to check that the inner ear function was intact, indicating that any inability to detect self-motion in the dark was related to dysfunction of the brain and not of the inner ear.

Another test required participants to stand with their arms hanging loosely by their sides, and heels eight cm apart, whilst being told to maintain their balance as best they could. This assessed their balance.

The team then carried out MRI brain scans looking for differences in the brain’s white matter connections in brain injured patients compared to healthy volunteers. The white matter is equivalent to the brain’s electrical wiring and damage to the white matter affects brain function by reducing the transmission of electrical communication between different brain regions, leading to imbalance and frequent falls.

The team found that 15 of the 37 TBI patients recruited in the main study had vestibular agnosia and ten of these patients had little or no perception of vertigo. They also found that 16 out of 37 these patients had benign paroxysmal positional vertigo (BPPV) – an inner ear condition where loose chalk crystals get into the wrong part of the inner ear and affect balance. This can be treated by head exercises to move these crystals out of the canals of the inner ear.

The study also showed that treatable inner ear conditions were seven times more likely to be missed by doctors in the affected patient group because patients had little or no perception of vertigo. This means that patients most in need of balance assessment and treatment, are least likely to receive it.

They also found that that vestibular agnosia patients were more unstable and had diffuse white matter damage in the brain compared to healthy volunteers.

Dr. Seemungal and his team believe that their discovery of vestibular agnosia in TBI patients is also important to further the understanding of how the human brain uses signals from the ear to control balance. They believe that the mechanisms mediating imbalance in TBI patients may also affect other patients with brain diseases, such as Alzheimer’s and Parkinsons’ Disease, which cause frequent falls.

Dr. Seemungal’s team plan to extend their findings of vestibular agnosia to other at risk patient groups.