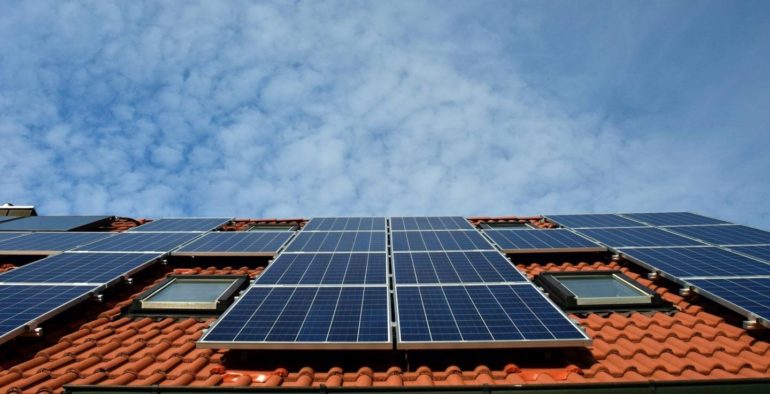 Solar power is an eco-friendly alternative to conventional, non-renewable sources of energy. However, current solar panels require the use of toxic materials as buffers, which is not sustainable. To this end, a team of scientists in Korea developed a new eco-friendly alternative, called the ZTO buffer, which can overcome this limitation. This new development to make solar panels even more sustainable is indeed a cherry on top.

The imminent threat of the climate change crisis is unequivocal, and given the urgency, there is a need to accelerate the renewable energy transition. In recent years, solar power has emerged as one of the most promising candidates for this task. Now, scientists from Incheon National University, Korea, explain their latest contribution to this field. Their findings were published in a new study in Nano Energy and made available online on August 10, 2020 (ahead of the final publication of the issue in December 2020).

Solar panels are composed of photovoltaic cells, whereby materials exposed to light generate excited electrons, in other words: An electric current. Modern thin-film solar cells are made up of micrometer- or submicrometer-thick layers of a photovoltaic material, allowing them to be integrated into flexible, lightweight panels for use in a variety of substrates. However, this process has some limitations. Prof Jun Ho Kim, who led the study, explains, “Most thin-film solar cells include toxic and expensive elements, which may hinder the expansion of solar cell applications.” Prof Kim and his team are working on the production of a solar cell using naturally abundant, eco-friendly materials, which are easy to extract and inexpensive to manufacture.

The scientists looked at eco-friendly cells made up of kesterite, a natural mineral that acts as a photon absorber. Most kesterite cells use a buffer layer made of cadmium sulfide (CdS) to optimize their performance. Despite their efficiency, the pollution associated with making these buffers and the toxicity of cadmium are not desirable traits in an eco-friendly solar cell. To deal with this issue, the researchers examined a promising alternative, called the “ZTO buffer.” To further improve the efficiency of the solar cell, the team aligned the energy levels of the electrons between the absorber layer (kesterite) and the buffer layer (ZTO). This allowed for a better circulation of electrons between the two layers, increasing the cell’s voltage and overall performance, with a power conversion efficiency of 11.22%. To put things into perspective, current kesterite cells using CdS buffers have a maximum efficiency of 12.6%, meaning that the proposed cell showed high efficiency. This technique is the first to yield such a high performance using solely eco-friendly, abundant, and inexpensive materials.

The importance of this research will only grow with the expected increase in the share of renewable energy in the next few decades. As the demand for solar panels grows, it is especially important to source its components in the most environmentally friendly and cheapest way possible. The technology described by Dr. Kim and his team brings us a step closer to this goal. The research team’s vision for their invention is that of a renewable future. Prof Kim concludes by talking about the potential applications of their findings, “Eco-friendly thin-film solar cells could be installed on the roofs and walls of buildings and houses to produce electricity near us. They could also be employed in ground vehicles (cars, buses, and trucks) and marine transportations (boats and long-range ships) to partially support electric power.”

Sony gives your PS4 a second life: slinging a PS5 to another room of your house