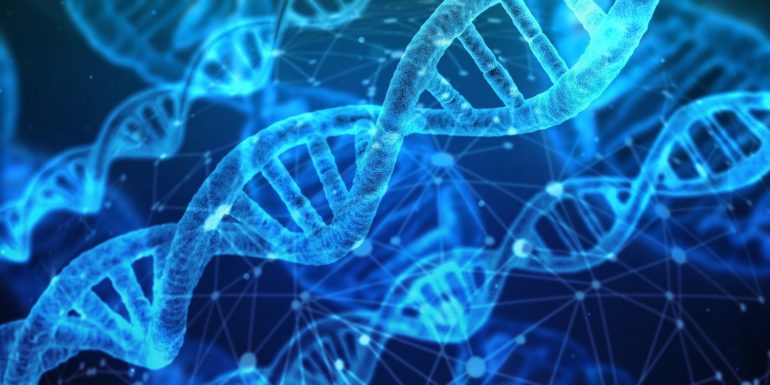 New research on the structure and dynamics of a branched form of DNA called a three-way junction could lead to more effectively targeted treatments for degenerative disorders like Huntington’s Disease, scientists say.

In a new paper published in the journal Nature Communications, chemists from the University of Glasgow show for the first time how three-way DNA junctions undergo unexpected rearrangements in their structure.

Their findings could lead to an improved understanding of the processes which underly a group of degenerative disorders known as repeat expansion diseases, or REDs. That could help drug developers make better-targeted treatments to prevent or slow the progression of these kinds of genetic diseases in the future.

The iconic DNA double helix is formed from two strands, each made from four organic ‘building blocks’ – adenine (A), thymine (T), guanine (G), and cytosine (C)— known as nucleotides. If the DNA sequence contains repeats of the same nucleotides, there is the potential to form a structure in which the repeat sequence extrudes from the double helix, pairs with itself and forms a new double-stranded section of DNA known as a slip-out or hairpin. The resulting branched structure is known as a three-way junction. These structures are implicated in the progression of REDs, but the processes by which they are formed and how they behave are not well understood.

They were able to monitor individual three-way junctions in real time using single-molecule fluorescence microsopy by tagging DNA with two different fluorescent labels and taking advantage of a process known as Förster resonance energy transfer, or FRET, to measure the distance between the two labels. They studied three-way DNA structures containing slip-outs of between two and 30 repeats of either CAG or CTG, revealing new details about their underlying movements.

They found new evidence that the behavior of the junction differed depending on whether the nucleotide repeats were confined within the slip-out, or continued along the double-stranded DNA to which the slipout was connected.

The team observed that junctions that only contained repeats in the slip-out could interconvert between two structural forms—a change in the overall orientation of the branches of the junction with no effect on the base pairing. The same Glasgow team had previously observed this behavior in earlier research.

However, when repeats extended from the slipout into the parent DNA, the results were unexpected. New FRET signals showed a second type of interconversion was occurring, which could be attributed to migration of three-way junction’s branchpoint, the location at which the slipout extrudes from the double-helical DNA. This process has been observed in other kinds of branched DNA molecules such as four-way junctions, but never before in three-way junctions.

The Glasgow team proposed a model that involves unpairing at the branchpoint, strand exchange and movement of a small DNA loop around the slip-out. Unlike branchpoint migration in four-way junctions, which is independent of sequence, the model for three-way junctions applies specifically to those with repeat slipouts.

The research was led by Dr. Steven Magennis of the University of Glasgow’s School of Chemistry, and conducted by Ph.D. student Tianyu Hu and Dr. Michael Morten.

Dr. Magennis said: “Up until now, three-way DNA junctions haven’t received a great deal of research attention. We’ve known that these kind of intrastrand slip-out hairpins existed, but we didn’t know much about their behavior at the molecular level. Many of the conventional techniques for exploring DNA are limited in their ability to follow structural changes in real-time.

“What we’ve been able to do for the first time is demonstrate that these slip-outs have the ability to migrate. That has implications for their reactivity and repair in cells, and it could help explain the processes by which repeat expansion diseases progress.

“Medical researchers have recently started paying more attention to slip-out structures as potential targets for drugs which could slow the progress of REDs. We think that our research could help inform that kind of drug development, and we’ve already begun speaking to colleagues about potential future collaborations in this area.”

Hibernation and Trash features abound for the upcoming Android 12

A fail-safe mechanism for DNA repair