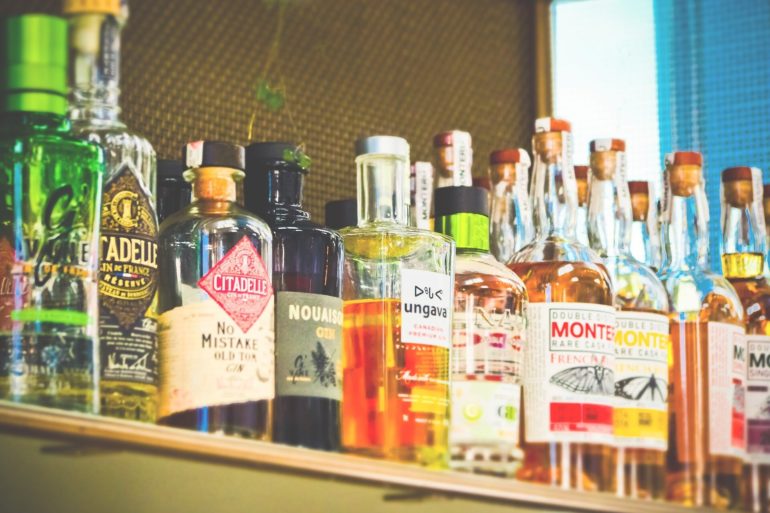 UCSF researchers have leveraged two new molecules, one of which is currently in clinical oncology trials, to devise a dual-drug therapy for alcohol use disorder (AUD), without the side effects or complications associated with current treatment regimens. The approach had highly successful results in mice and may be applicable to other drugs that are often abused.

At the root of the team’s thinking is the idea that AUD and other substance abuse disorders are the result of reinforced pathways in the brain, and that those pathways can be blocked or redirected, ending cravings and habitual behavior.

“Alcohol use disorder is really a process of maladapted learning and memory,” said Dorit Ron, Ph.D., a professor of neurology and senior author on the study, published July 27 in Nature Communications. “Alcohol is rewarding, and we learn to associate alcohol, and even the environment in which we drink the alcohol, with that reward.”

Current pharmaceutical options for AUD attempt to change behavior by making alcohol consumption an unpleasant experience and some require patients to abstain for several days before beginning treatment.

Since 2010, Ron, who is also faculty in the Weill Institute for Neurosciences, has taken a different approach, studying the role of the enzyme mTORC1 in the creation of those memories and associations, with the goal of creating an effective drug that can treat the neurological causes of AUD.

Ordinarily, mTORC1 is involved in brain plasticity, helping to create connections between neurons that reinforce memory. In previous work, Ron showed that consuming alcohol activates the enzyme in the brain.

Ron has also shown that blocking the activity of mTORC1 with the FDA-approved compound rapamycin, used to treat some types of cancer and suppress immune response in transplant patients, can halt cravings in mice engineered for alcohol use disorder. But mTORC1 contributes to a bevy of other bodily tasks related to metabolism and liver function, and people taking it for an extended period often develop liver toxicity, glucose intolerance, and other side effects.

For some of her previous work, Ron had teamed up with Kevan Shokat, Ph.D., a professor of Cellular Molecular Pharmacology, who had created RapaLink-1, a molecule similar to rapamycin, which he designed specifically to keep a tight grip on mTORC1 and completely subdue it. A version of the drug is now being tested in oncology clinical trials.

Shokat’s thought was that, since Ron is concerned only with the activity of mTORC1 in the brain, that’s the only place where RapaLink-1 or rapamycin needs to be effective. So Ziyang Zhang, Ph.D., a postdoctoral researcher in Shokat’s lab, designed a second molecule that would latch onto RapaLink-1 or rapamycin—essentially negating its effect—while at the same time being too big to cross the blood-brain barrier.

In other words, Shokat reasoned that RapaLink-1 or rapamycin could administered and allowed to circulate throughout the body. Once it had a chance to reach the brain, Rapablock could be given, halting the activity of Rapalink-1 everywhere except in that targeted area.

The tactic worked like a charm when it was tested on the mice by Yann Ehinger, Ph.D., a postdoctoral researcher in Ron’s lab. “We could see these side effects in mice who are taking rapamycin or RapaLink-1, and then when you give Rapablock, it’s like magic, the side effects are gone,” said Ron.

Shokat said a similar strategy is being explored in treating other conditions, such as Parkinson’s disease. Those trials involve different drugs, but the underlying principle is the same: one drug results in the desired effect in the brain, while its activity is blocked by a molecule that isn’t able to cross the blood-brain barrier.

Ron believes that tackling addiction from this neurological perspective has potential for broad applications. She notes that while we see addiction with a wide chemical array of molecules—alcohol, nicotine, cocaine, opiates, and the like—the addictive behavior that results from each is the same.

“It’s really quite striking,” she said, adding that a whole body of study points to the possibility of mTORC1 being a kind of supermolecule that is activated by all misused drugs. “If that’s true,” Ron said, “It suggests that this approach can be applied to other drugs of abuse as well, essentially solving the problem of addiction.”