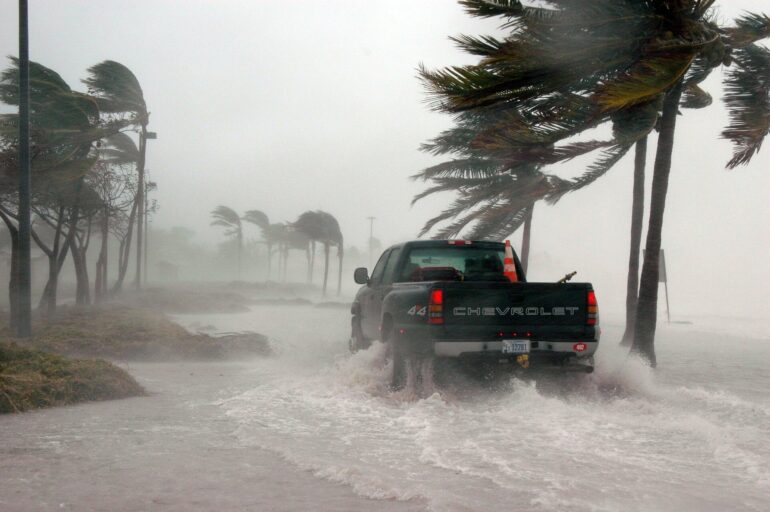 Global warming is expected to lead to an accumulation of particularly intense hurricanes in the United States. This may substantially increase the economic losses caused by these storms. Better insurance could effectively mitigate the climate change-induced increase in economic losses. This is shown in a new study by the Potsdam Institute for Climate Impact Research examining the effectiveness of climate risk insurance in the US.

In the U.S., hurricanes caused more than $400 billion in direct economic losses over the historical period 1980-2014, with losses peaking at more than $150 billion in 2005, the year when hurricane Katrina made landfall. “After intense storms with high direct economic losses, the economy may need several years to recover, such that a complete recovery may not always be possible between subsequent intense storms. Our model accounts for these long-term effects of tropical cyclones on economic development that can be much larger than the immediate effects,” explains Christian Otto, scientist at the Potsdam Institute for Climate Impact Research (PIK) and one of the lead authors of the study, published in the journal Science Advances.

“There is good scientific agreement that with ongoing global warming, the proportion of the most intense hurricanes will increase. Our computer simulations show that hurricane-induced economic growth losses could more than double in the US compared to the historical period even if global warming can be limited to below 2 degrees Celsius in accordance with the Paris Climate Agreement. Without stringent reductions of greenhouse gas emissions, this warming level could be reached as early as in the middle of this century,” emphasizes PIK scientist Kilian Kuhla, the other lead author of the study.

In their study, the authors also assess the effectiveness and limitations of insurance as an adaptation strategy: “Our results show that a comprehensive, tax-financed climate risk insurance accelerates economic recovery, and is thus an effective tool to mitigate climate-change induced increases in economic losses. In the US, the implementation of such an insurance scheme could compensate for the expected increase in hurricane-induced growth losses, at least if global warming can be limited to 2 degrees Celsius,” explains co-author Tobias Geiger, scientist at the the German Weather Service and PIK.

This finding could also stimulate the ongoing discussion in Germany on whether natural hazard insurance should become mandatory to counteract the intensification of extreme weather events under global warming.

However, the study also finds that already in the present climate, national insurance solutions may be insufficient to effectively mitigate the economic losses caused by extreme weather events in strongly affected developing countries. For Haiti, as an example of a small island developing state strongly affected by hurricanes, the study shows that even if climate risk insurance were as well developed as in the US, growth losses would still be six times higher.

“Our findings demonstrate the importance of international climate finance to help strongly affected developing countries to cope with climate change impacts. Further, climate risk insurance should be complemented by a broad portfolio of other adaptation measures such as investments in better building standards and resilient infrastructure,” explains Christian Otto.

The authors stress that in addition to climate adaptation, a rapid and massive reduction of greenhouse gas emissions is key to mitigate climate change-induced losses in the long-run: “Current climate protection policies are insufficient to meet the agreed ‘well below 2 degrees C’ warming limit but may rather lead to 2.7°C of warming. In consequence, US growth losses could more than double compared to a Paris-compatible 2 degrees C scenario and increase more than sixfold compared to the historical period,” says Katja Frieler, head of the research department Transformation Pathways at PIK and co-author of the study.