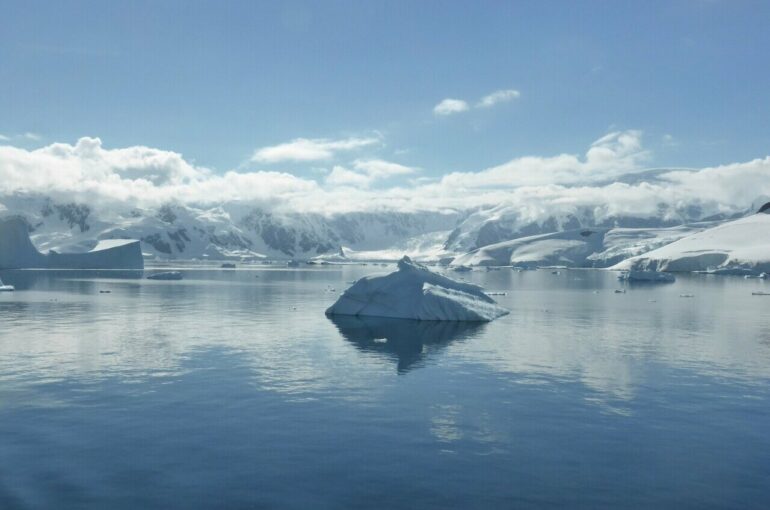 Molecular fossils and machine learning have enabled scientists to build the first charts of Antarctic ocean temperatures over the past 45 million years, offering important insights into future sea level changes.

The team, led by scientists from Victoria University of Wellington (NZ) and Birmingham (UK) say their results suggest we are nearing a “tipping point” where ocean warming caused by atmospheric CO2 will cause catastrophic rises in sea levels because of melting ice sheets. Their results are published today (September 15, 2022) in Nature Geoscience.

In the study, the team examined molecular fossils from core samples taken during ocean drilling projects. The fossil remains are in fact single lipid (insoluble in water) molecules produced by archaea—single-celled organisms which are similar to bacteria. The archaea adjust the composition of their outer membrane lipids in response to changing sea temperatures. By studying these changes, scientists can draw conclusions about the ancient sea temperature which would have surrounded a particular sample as it died.

While these molecular fossil techniques are well used by paleoclimatologists, the team from Wellington (NZ) and Birmingham (U.K.) went a step further. They used machine learning to refine the technique, giving the first record to date of changing Antarctic sea temperatures throughout much of the Cenozoic period—covering the past 45 million years.

That means scientists are able to pinpoint much more accurately the historic temperatures which caused ice sheets to grow and shrink during that period. The future loss of ice sheets and the retreat of glaciers in the Antarctic is critically important as melting ice in the region could sea levels to rise by up to 50 m.

“The record we’ve produced offers a much more robust overview of fluctuating Antarctic temperatures and how these relate to changes in the amount of ice, and the topography of Antarctica, over this period and paves the way for improved estimates of future events,” explains the Birmingham lead author Dr. James Bendle.

The link between CO2, sea-surface temperatures and the amount of ice on Antarctica is clear through the last 45 million years. But one surprising finding was that ocean cooling did not always correspond to increases in Antarctic ice. Specifically for a 1 million year long period of ocean cooling from 25 to 24 million years ago. “We show that this is likely related to tectonic subsidence and the influx of relatively warm ocean water in the Ross Sea region,” says Dr. Bendle.

“We can see that ice in Antarctica is currently changing—not least with the loss of some ice-shelves and cracks appearing recently in the Thwaites Glacier, one of the largest glaciers in the region. This new study of Earth’s past is one of the clearest indications yet that humans continue to produce CO2 levels for which we can expect major ice loss at the Antarctic margins and global sea-level rise over the coming decades and centuries.”

The team plan to continue to apply biomarker and machine learning approaches to reconstruct the climatic evolution of Antarctica and implications for future warming and sea-level rise.