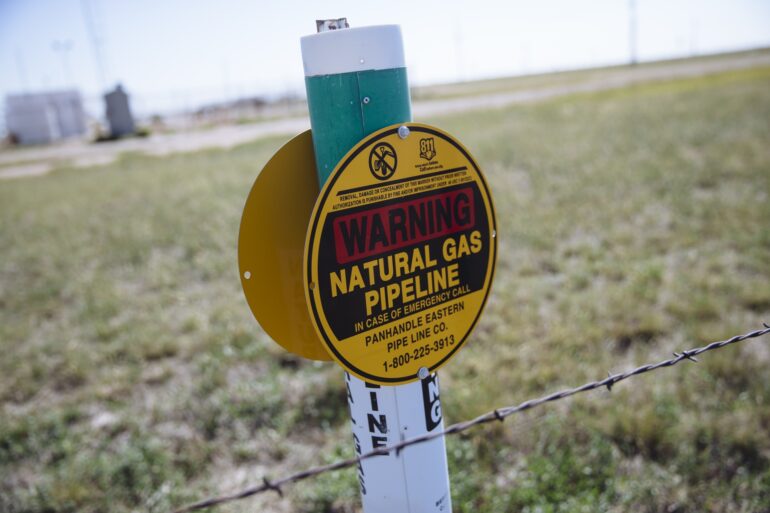 A Colorado State University-led study published in the journal Environmental Science & Technology reveals that in U.S. cities over a several-year period, natural gas pipeline leaks were more prevalent in neighborhoods with low-income or majority non-white populations than those with high income or predominately white populations.

The study was led by senior author Joseph von Fischer, a professor in the Department of Biology at CSU, and Zachary Weller, a former assistant professor in CSU’s Department of Statistics. The work, supported through a gift to Environmental Defense Fund, builds on a multi-year research project in which the CSU researchers and colleagues conducted detailed urban methane leak surveys using high-sensitivity analyzers inside Google Street View cars. While traversing different cities, the cars collected detailed observations of leaks from natural gas distribution pipelines that are typically found several feet below ground. The data were collected between 2014 and 2018 and are publicly available through interactive maps the team created.

For the environmental justice-focused study, the researchers compared 2017 household census data with their publicly available gas leak data from 13 metro areas across the country. Their multi-city analysis revealed greater leak densities in communities where the majority of the population is non-white relative to predominantly white neighborhoods. Leak densities also increased with decreasing median incomes. The strength of these relationships varies among individual cities.

“There are clear paths utility companies can take to address the issue,” von Fischer said. “For example, they could conduct similar analyses of leaks on their systems and factor in demographic info when making decisions about infrastructure management.”

Natural gas is mostly methane—a potentially explosive and very potent greenhouse gas responsible for over a quarter of current global warming. Methane gas leaks on local pipeline systems are carefully regulated for safety, but many leaks are allowed to continue unaddressed for years—during which time they continue to emit climate pollution and could become hazardous.

“Gas leaks are a solvable problem, and it’s clear they are being better managed in some areas and not others,” von Fischer said. “This analysis reveals a clear need to improve the equity of gas distribution systems in order to improve health and safety outcomes for all communities.”

The Pipeline and Hazardous Materials Safety Administration, the federal agency that oversees these pipelines, is in the process of setting new standards that will require pipeline operators to use advanced leak detection technology to find and fix methane leaks in the pipelines. However, those standards have yet to be finalized and implemented.

The study’s co-authors include Seongwon Im, a Ph.D. candidate in statistics at CSU; Emily Stuchiner, a recent CSU biology Ph.D. graduate; and Virginia Palacios of Commission Shift in Laredo, Texas.