Waterfall sounds used as a telltale sign of water loss 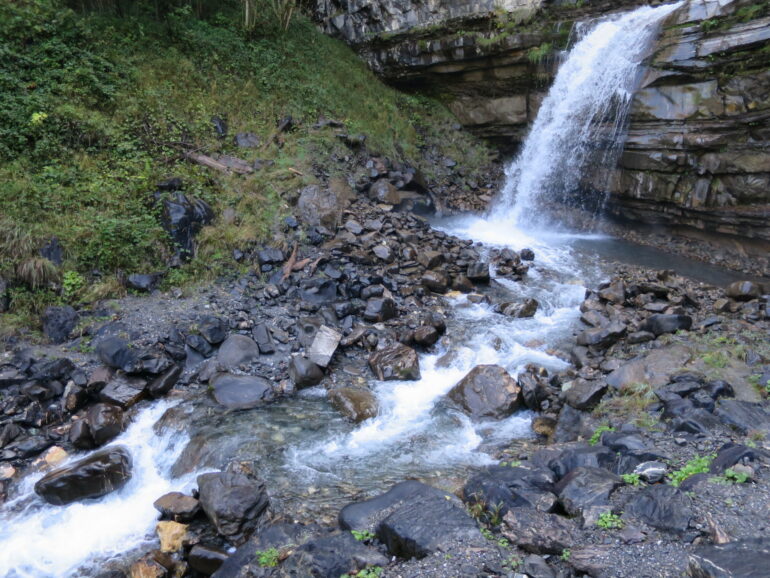 Waterfalls have a specific threshold of water flow that must be maintained to preserve their characteristic sound and appearance, according to research that used audio recordings and images to monitor waterfalls in Europe. With this new method, scientists can use a waterfall’s sound and appearance to track changes in its flow as human interventions and climate change impact water levels, according to the new study.

Waterfalls’ water is valuable for hydropower, irrigation and for supporting river habitats. Water managers need to strike a balance between diverting much-needed water and preserving a waterfall’s ecosystem and natural beauty for tourism. In some regions, climate change is also threatening waterfalls.

The new study used audio recordings and images of 15 waterfalls in Europe to understand how changes in water flow affect their appearance and sound. The researchers discovered that waterfalls can only lose so much water if a waterfall’s appearance is to be preserved. They are developing a software program that will enable hydropower station managers and other stakeholders to visualize the results of potential water withdrawals.

The study is published in the AGU journal Water Resources Research, which publishes original research on the movement and management of Earth’s water.

Hydropower is a renewable energy source that uses the movement of water to generate electricity. Waterfalls are especially desirable locations for hydropower stations because of the inherent elevation change. The further the water can fall, the more energy the station can generate.

Greater amounts of water flow diverted from the waterfall also lead to higher energy production. “But the downside is, then you don’t have that much water going down the waterfall, and this would significantly affect what the waterfall looks like,” said Isabella Schalko, an environmental engineer at ETH Zurich and lead author on the paper. Withdrawing too much water can also impact the ecology of the area and may interfere with tourism.

To investigate the tradeoff between water withdrawals and the natural beauty of the waterfall, master’s students at the Laboratory of Hydraulics, Hydrology and Glaciology (VAW) at ETH Zurich repeatedly visited 15 waterfalls of different types in Switzerland, Austria and Norway over several months. They took photos of all of the falls and audio recordings from seven falls at the same location to capture seasonal variations in the water and sound levels.

The researchers used data from gaging stations at the hydropower plants that monitor the water level in the river and their own water flow measurements to see how the volume affects the area of the face of the waterfall covered by water and the intensity of the falling water sounds. The authors used these data to develop an equation, which can determine the effect of a withdrawal and how much water must be left behind to maintain the waterfall’s image. These amounts can be combined with estimates of the non-monetary value of waterfalls—based on their size, visibility and popularity—to determine how much a water diversion impacts its value as a site for tourism.

The study also showed that changes in appearance were more noticeable than acoustic ones. Additionally, waterfalls with lower flows were especially impacted by withdrawals.

Schalko and her co-author Robert Boes, a hydraulic engineer, professor and director of the VAW, are developing a software tool that lets users visualize the effect of a potential water withdrawal. The program is designed to help hydropower project planners and environmental managers communicate with the public and other stakeholders about the impact of hydropower activities.

“These images greatly helped to discuss the withdrawal with people who are concerned about what the waterfall looks like or have ecosystem concerns,” Schalko said.

This is the first study to link the water needs of hydropower plants to changes in the appearance and sound of waterfalls. “I found it really interesting,” said Edwin Baynes, a geomorphologist at Loughborough University who was not involved in the study. “It’s the first time that I’ve seen a paper that has tried to use physical characteristics of waterfalls to inform management decisions.”

“In areas where landscape features like waterfalls have a particular cultural [or] touristic value,” Baynes said, “having this kind of baseline planning tool, which seems relatively easy to implement, would be really nice to maintain that environmental value.”