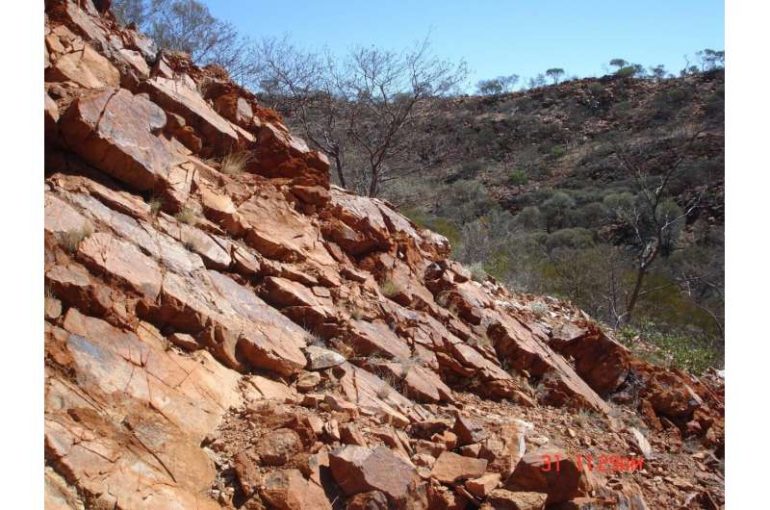 Scientists led by Michael Ackerson, a research geologist at the Smithsonian’s National Museum of Natural History, provide new evidence that modern plate tectonics, a defining feature of Earth and its unique ability to support life, emerged roughly 3.6 billion years ago.

Earth is the only planet known to host complex life and that ability is partly predicated on another feature that makes the planet unique: plate tectonics. No other planetary bodies known to science have Earth’s dynamic crust, which is split into continental plates that move, fracture and collide with each other over eons. Plate tectonics afford a connection between the chemical reactor of Earth’s interior and its surface that has engineered the habitable planet people enjoy today, from the oxygen in the atmosphere to the concentrations of climate-regulating carbon dioxide. But when and how plate tectonics got started has remained mysterious, buried beneath billions of years of geologic time.

The study, published May 14 in the journal Geochemical Perspectives Letters, uses zircons, the oldest minerals ever found on Earth, to peer back into the planet’s ancient past.

The oldest of the zircons in the study, which came from the Jack Hills of Western Australia, were around 4.3 billion years old—which means these nearly indestructible minerals formed when the Earth itself was in its infancy, only roughly 200 million years old. Along with other ancient zircons collected from the Jack Hills spanning Earth’s earliest history up to 3 billion years ago, these minerals provide the closest thing researchers have to a continuous chemical record of the nascent world.

“We are reconstructing how the Earth changed from a molten ball of rock and metal to what we have today,” Ackerson said. “None of the other planets have continents or liquid oceans or life. In a way, we are trying to answer the question of why Earth is unique, and we can answer that to an extent with these zircons.”

To look billions of years into Earth’s past, Ackerson and the research team collected 15 grapefruit-sized rocks from the Jack Hills and reduced them into their smallest constituent parts—minerals—by grinding them into sand with a machine called a chipmunk. Fortunately, zircons are very dense, which makes them relatively easy to separate from the rest of the sand using a technique similar to gold panning.

The team tested more than 3,500 zircons, each just a couple of human hairs wide, by blasting them with a laser and then measuring their chemical composition with a mass spectrometer. These tests revealed the age and underlying chemistry of each zircon. Of the thousands tested, about 200 were fit for study due to the ravages of the billions of years these minerals endured since their creation.

“Unlocking the secrets held within these minerals is no easy task,” Ackerson said. “We analyzed thousands of these crystals to come up with a handful of useful data points, but each sample has the potential to tell us something completely new and reshape how we understand the origins of our planet.”

A zircon’s age can be determined with a high degree of precision because each one contains uranium. Uranium’s famously radioactive nature and well-quantified rate of decay allow scientists to reverse engineer how long the mineral has existed.

The aluminum content of each zircon was also of interest to the research team. Tests on modern zircons show that high-aluminum zircons can only be produced in a limited number of ways, which allows researchers to use the presence of aluminum to infer what may have been going on, geologically speaking, at the time the zircon formed.

After analyzing the results of the hundreds of useful zircons from among the thousands tested, Ackerson and his co-authors deciphered a marked increase in aluminum concentrations roughly 3.6 billion years ago.

“This compositional shift likely marks the onset of modern-style plate tectonics and potentially could signal the emergence of life on Earth,” Ackerson said. “But we will need to do a lot more research to determine this geologic shift’s connections to the origins of life.”

“It’s really hard to get aluminum into zircons because of their chemical bonds,” Ackerson said. “You need to have pretty extreme geologic conditions.”

Ackerson reasons that this sign that rocks were being melted deeper beneath Earth’s surface meant the planet’s crust was getting thicker and beginning to cool, and that this thickening of Earth’s crust was a sign that the transition to modern plate tectonics was underway.

Prior research on the 4 billion-year-old Acasta Gneiss in northern Canada also suggests that Earth’s crust was thickening and causing rock to melt deeper within the planet.

“The results from the Acasta Gneiss give us more confidence in our interpretation of the Jack Hills zircons,” Ackerson said. “Today these locations are separated by thousands of miles, but they’re telling us a pretty consistent story, which is that around 3.6 billion years ago something globally significant was happening.”

This work is part of the museum’s new initiative called Our Unique Planet, a public-private partnership, which supports research into some of the most enduring and significant questions about what makes Earth special. Other research will investigate the source of Earth’s liquid oceans and how minerals may have helped spark life.

Ackerson said he hopes to follow up these results by searching the ancient Jack Hills zircons for traces of life and by looking at other supremely old rock formations to see if they too show signs of Earth’s crust thickening around 3.6 billion years ago.