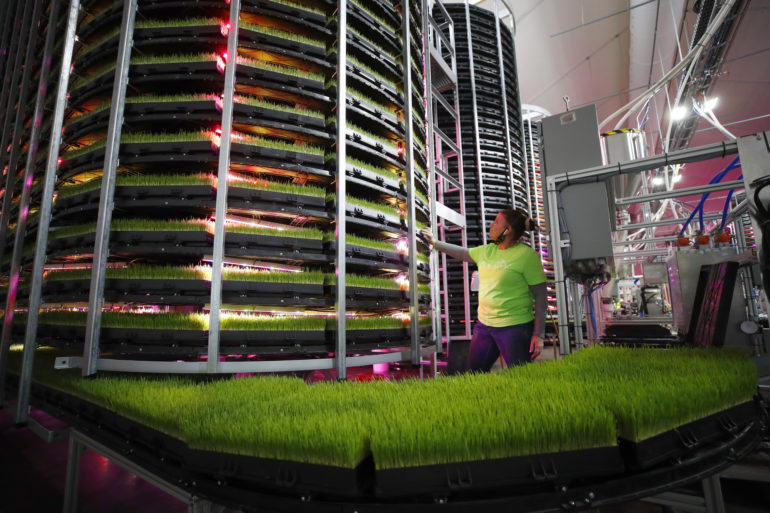 Food and agriculture start-ups attracted a record $22.3 billion in venture funding last year — that’s twice as much as these segments raised in 2019, according to a comprehensive new study from Finistere Ventures and Pitchbook.

The Covid pandemic spurred investment in these industries rather than slowing it, according to Arama Kukutai, a partner at Finistere Ventures, which has exclusively invested in food and agriculture since its founding in 2005.

With people stuck at home due to health and travel restrictions, demand spiked for food e-commerce, such as meal kits and deliveries.

“2020 was the first year since 1994 in which the restaurant share of food consumption dropped versus in-home,” the Finistere study said.

Food tech companies raised around $17.3 billion across 631 deals for the year. Sixty-eight percent of that went to e-commerce and delivery businesses. Meal kits alone raised $6.2 billion, and e-commerce companies raised $5.3 billion within the food tech category. The largest deal last year was an $800 million round of funding for the Chinese group-buying app for groceries, Xingsheng Youxuan.

The world also saw how a crisis could disrupt the normal production, processing and distribution of food. Farmers had to dump milk and produce that couldn’t be shipped or stored, and conversely brick-and-mortar groceries had empty shelves after shoppers hoarded supplies.

Kukutai said that drove interest in growing food in controlled environments, such as vertical farms, where yields are predictable. These indoor farms are often built closer to the urban centers where much of the produce they grow will be consumed.

Agtech companies raised around $5 billion across 416 deals in 2020. The top 10 largest deals in agriculture tech included four rounds for indoor farming businesses, ranging from a $140 million round for Plenty to a $203 million round for Revol Greens.

Venture capitalists haven’t always been attracted to “agrifood.” Funds historically saw these businesses as capital-intensive and unlikely to generate big returns, although there were rare exceptions, such as Trinity Ventures’ investment in Starbucks years before its IPO in 1992.

But that era has ended.

Historic deals that followed Starbucks’ lead attracted more and more venture investors to these sectors. For example, Monsanto acquired the weather data company Climate Corp. in 2013 for over $1 billion, and more recently, Beyond Meat made its public market debut. The plant-based meat company has seen its shares increase by more than 180% since its IPO in 2019.

Finistere was an early backer of Plenty, and other start-ups in their portfolio today are working on making meat in a lab from cultured cells (Memphis Meats), monitoring the health of hives in an apiary without disturbing any bees (Apis), and helping farmers identify threats to their crops early, using sensor-equipped drones and data analytics (Taranis).

CNBC asked Kukutai what trends are likely to wax or wane in 2021 where food and farming tech are concerned.

He worked for decades in agriculture before becoming an investor, and he grew up in New Zealand, where water pollution and cattle emissions are a growing concern. He said that 2020 may have been the year we reached “peak cow.”

The investor expects venture funding for alternative proteins and nondairy milk to remain strong throughout 2021. “Dairy and meat are still fundamental,” he noted. “But the way we produce them has a big environmental penalty.”

Similarly, plant-based milks are soaring in popularity, with millennial and younger consumers decreasing purchases of traditional dairy along with beef, poultry and pork for environmental and health reasons.

Finistere and Pitchbook’s 2020 Agrifood Tech Investment Review also notes that new kinds of alternative protein are in the works, made from cultured cells in a lab, rather than protein from plants or farmed insects.

By contrast, the investor said he expects funding to slow down in the second half of 2021 for many meal-kit, e-commerce and delivery businesses. His own fund has backed players in this space, including Good Eggs and Farmer’s Fridge.

Online ordering habits will continue well after the pandemic, now that people have gotten used to them, Kukutai said. But many businesses in this subsector managed to pull funding forward in 2020 to meet skyrocketing demand. They should be able to get through the next year of operations without raising more.

Instead, he’s expecting possible IPOs, SPACs or even M&A deals among some of these in 2021.

In agriculture, Kukutai predicts that a renewed focus on climate change and carbon emissions will influence what investors choose to fund over the next year.

The largest venture round in ag-tech last year saw Indigo raise around $500 million for tech and services that help farmers capture carbon through regenerative agriculture practices and then sell carbon credits.

New climate-related reporting requirements and pressure from ESGs — funds that score companies based on environment, social and governance criteria, not just financials and growth potential — are forcing every kind of business to measure their environmental footprint carefully, reduce their impact where they can, and buy carbon offsets to become compliant with regulations otherwise.

While that means different things to different companies, in farming it’s all about carefully monitoring and controlling what you grow and the environment it grows in, the investor said.

In 2021, food producers are able to use more targeted technologies in the field — for example, irrigation systems that can sense what’s needed at the plant level and in the root system, and data from satellites, drones and other sensing platforms that help them predict, plan and protect what they grow.

As they begin using internet-connected devices in the field, they are also building large libraries of data to enable more accurate predictions on everything from yield to weather. All the tech gives farmers better control of their crops and businesses.

“When you control the environment, there is a lot you can do to make better tasting food,” Kukutai said. “And from a safety point of view, you can also protect plants from pathogens and bugs getting into them. That means less fertilizer and other inputs to treat them, which also means you’re preventing runoff of nitrogen, too. The more targeted and controlled you can be, the more virtuous.”