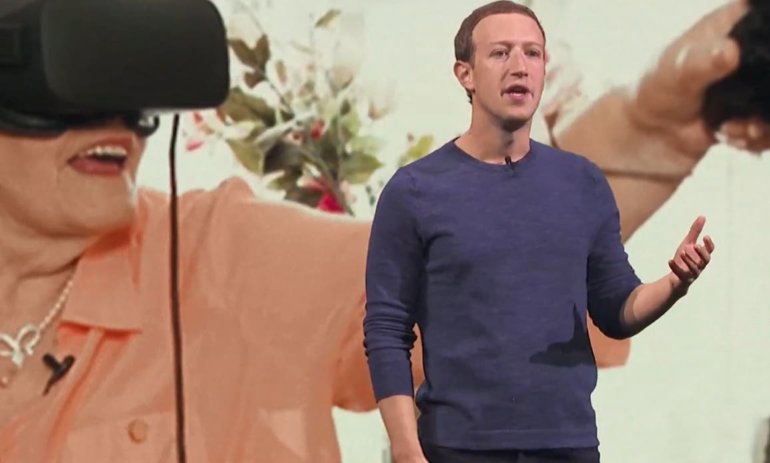 Facebook on Wednesday announced that it will begin testing advertisements that will appear within the company’s Oculus virtual reality headsets.

In May, the company said that it would begin running ads within the Oculus mobile app, but the announcement on Wednesday is the first time the social media company says it will show ads within its VR headsets.

The Oculus headset ads will first appear in the shooter game Blaston from Resolution Games. Ads will also begin appearing in two other Oculus apps over the coming weeks, Facebook said.

Oculus headset ads could be a significant step for Facebook, which derives more than 97% of its overall revenue from advertisements. Currently, those ads are primarily shown to users within the company’s Facebook and Instagram social networks.

The ads will follow Facebook’s advertising principles and give users the same controls they have on Facebook. This includes the ability to hide specific ads or hide those from specific advertisers. Users can also select “Why am I seeing this ad?” to access more information about the ads they are shown.

Facebook added the advertisements won’t be based on any data that’s stored locally on users’ headsets, such as any images from their devices’ sensors or any images of their hands from the hand-tracking feature.