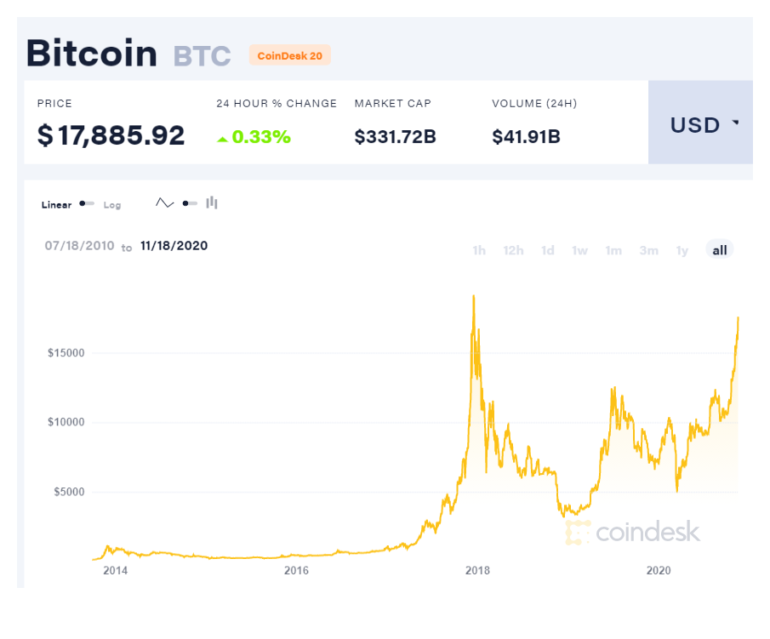 Demand for GPUs from AMD and Nvidia have surged and the initial thinking is that gaming PCs are the primary reason. But the price of Bitcoin is also likely to drive supply shortages.

Bitcoin hit its highest levels since 2017 yesterday. While we have not encountered any signs that increased interest mining is creating additional demand for GPUs (with instead demand for gaming PCs the primary factor in the shortage of RTX 3000 parts), the recent surge in crypto could yield another potential near term demand driver for makers of graphics chips and is a situation we are monitoring.

Indeed, Bitcoin in hovering around the $18,000 range and once folks get accustomed to those prices it’s quite likely that crypto mining activity is going to pick up. Nvidia saw a two- to three-quarter demand bump due to crypto mining. Nvidia has apologized for a messy launch of the RTX 3080 and launched an FAQ.

This morning we saw unprecedented demand for the GeForce RTX 3080 at global retailers, including the NVIDIA online store. At 6 a.m. pacific we attempted to push the NVIDIA store live. Despite preparation, the NVIDIA store was inundated with traffic and encountered an error. We were able to resolve the issues and sales began registering normally.

To stop bots and scalpers on the NVIDIA store, we’re doing everything humanly possible, including manually reviewing orders, to get these cards in the hands of legitimate customers.

In other words, Nvidia’s gaming GPU results are likely to be strong for the third quarter. The RTX 3000, launched in September, is seeing strong demand, but it’s unclear whether it’s all gaming given the surge in Bitcoin prices.  AMD launched its Radeon RX 6000 series in October.