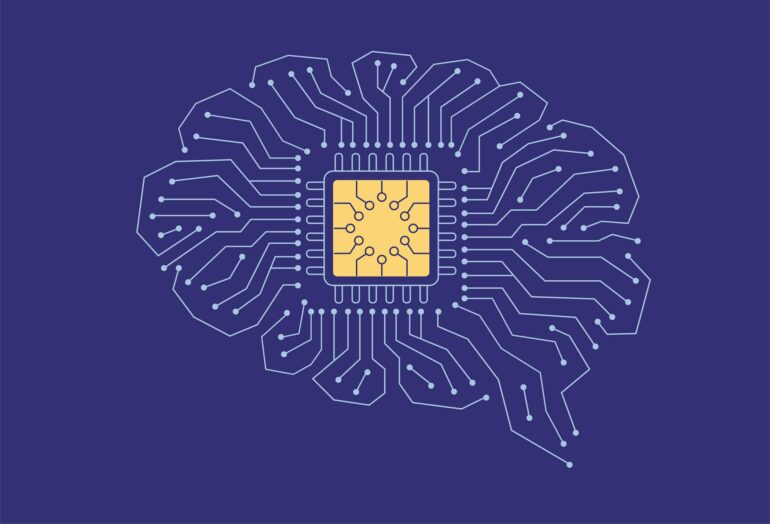 Imagine that a soldier has a tiny computer device injected into their bloodstream that can be guided with a magnet to specific regions of their brain. With training, the soldier could then control weapon systems thousands of miles away using their thoughts alone. Embedding a similar type of computer in a soldier’s brain could suppress their fear and anxiety, allowing them to carry out combat missions more efficiently. Going one step further, a device equipped with an artificial intelligence system could directly control a soldier’s behavior by predicting what options they would choose in their current situation.

While these examples may sound like science fiction, the science to develop neurotechnologies like these is already in development. Brain-computer interfaces, or BCI, are technologies that decode and transmit brain signals to an external device to carry out a desired action. Basically, a user would only need to think about what they want to do, and a computer would do it for them.

BCIs are currently being tested in people with severe neuromuscular disorders to help them recover everyday functions like communication and mobility. For example, patients can turn on a light switch by visualizing the action and having a BCI decode their brain signals and transmit it to the switch. Likewise, patients can focus on specific letters, words or phrases on a computer screen that a BCI can move a cursor to select.

However, ethical considerations have not kept pace with the science. While ethicists have pressed for more ethical inquiry into neural modification in general, many practical questions around brain-computer interfaces have not been fully considered. For example, do the benefits of BCI outweigh the substantial risks of brain hacking, information theft and behavior control? Should BCI be used to curb or enhance specific emotions? What effect would BCIs have on the moral agency, personal identity and mental health of their users?

These questions are of great interest to us, a philosopher and neurosurgeon who study the ethics and science of current and future BCI applications. Considering the ethics of using this technology before it is implemented could prevent its potential harm. We argue that responsible use of BCI requires safeguarding people’s ability to function in a range of ways that are considered central to being human.

Expanding BCI beyond the clinic

For example, Neuralink, a company co-founded by Elon Musk, is developing a brain implant for healthy people to potentially communicate wirelessly with anyone with a similar implant and computer setup.