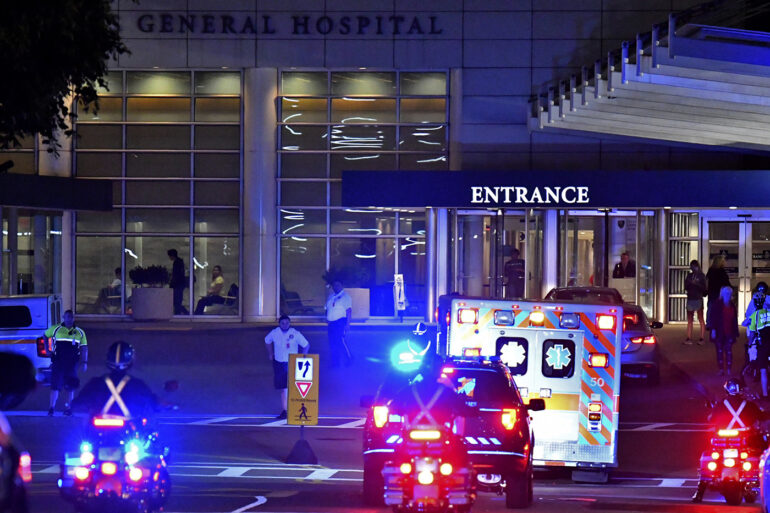 A Northeastern University professor says a “glaring gap” in national data collected by hospitals about firearms injuries vastly underestimates the number of intentionally inflicted gunshot wounds that are sending patients to emergency rooms.

Hospital discharge data “are used by many researchers to study gun injuries and is the underlying source of information for the largest ongoing U.S. surveillance system to track emergency room visits for firearms injuries,” Miller.

The data has led to peer-reviewed publications in respected journals reporting that “firearms accidents are responsible for half of all the firearms injuries in the United States,” he says.

They found that while 68%, or 837 of the 1,1227 firearms injury cases seen between October 2015 and December 2019 were the result of assaults, 234 of these cases, or 28%, were incorrectly coded as unintentional injuries in hospital discharge data.

Some researchers have known for a while that the estimates of gunshots assaults reported by hospital discharge data “are way off,” Miller says.

“What no one understood was what exactly was behind the coding problem,” he says.

“We wondered how much of the problem might be a matter of misinterpreting incidents that should be coded as assaults but might reasonably be thought of as accidents.”

“If I were to try and shoot person A, and I hit person B, that’s an assault,” even though a medical records coder might think hitting B was not intended and thus it should be coded as an accident.

But that did not turn out to be a common pattern. Instead, the problem ran much deeper and included erroneously coding as accidents incidents that were unambiguously assault related firearm injuries, Miller says.

Miller says that there are no monetary incentives to get injury codes correct because hospitals are not paid differently depending on whether a gunshot wound was inflicted intentionally, by accident, by a law enforcement officer or with suicide in mind, he says.

“For whatever reason, hospital billers are choosing ‘accident.’ It’s their favorite code.”

“And that may have policy consequences. If these data influence resource allocation, resources that should be going to prevent assaults, particularly in underprivileged areas where most of the assaults are taking place, may not be,” Miller says.

While trauma registrars correctly classify cases of assaults as assaults and accidents as accidents, not every hospital employs these specialists and the registrars do not necessarily log every firearms case, Miller says.

They may “code the more serious ones, the ones that are admitted or require a certain type of level of procedure,” he says.

Miller says that to get an accurate picture of gunshot assaults from routinely collected hospital data, changes need to be made in the medical records coding process.

Possible solutions could include new guidelines for hospital coders that would make them less likely to default to coding an incident as an accident and incentivizing hospitals for getting the data correct, he says.

Other incremental changes that would likely move coding in the right direction would be for medical records coders to default to coding firearms injuries as assault rather than accidental when circumstances do not clearly indicate another underlying intent because “that’s the most likely intent behind the injury,” he says.

Another possibility is using algorithms developed by artificial intelligence to review hospital discharge data and ferret out discrepancies between cases billed as accidental versus intentional, Miller says.

He says a new study currently under review, conducted with the same colleagues as his recent paper, shows that AI did a better job than medical record coders in identifying intentional firearms injuries but was not as accurate as trauma registrars or medical researchers.