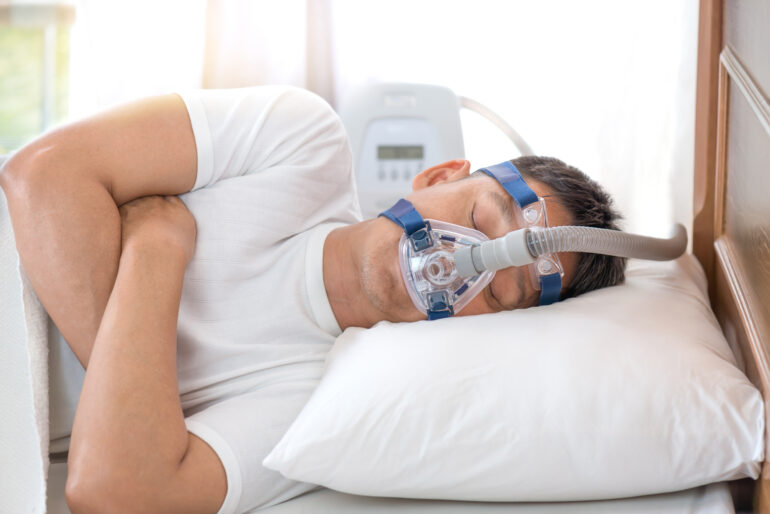 People reporting symptoms of both insomnia and a high risk of obstructive sleep apnea are at an increased risk of death, compared to people without the conditions, a new Flinders University analysis has found.

Lead authors Dr. Alexander Sweetman and Dr. Yohannes Melaku say the study highlights the importance of self-reported symptoms and risk factors, tools that could allow for greater and more rapid assessment in populations where overnight sleep studies are not feasible or readily accessible, such as rural and remote locations.

“Insomnia and obstructive sleep apnea (OSA) are the two most common sleep disorders, each occurring in 10–30% of the general population, but in many patients the conditions can occur at the same time in what we call co-morbid insomnia and sleep apnea (COMISA),” says study lead author Dr. Alexander Sweetman from Flinders University’s Adelaide Institute for Sleep Health at FHMRI: Sleep Health.

“Almost 50% of people with OSA have clinically significant insomnia, while 30–40% of people with chronic insomnia have OSA. Insomnia and obstructive sleep apnea are both independently associated with reduced quality of life and high healthcare use, while people with COMISA have been shown to have worse sleep, poorer daytime function, mental health and productivity issues and greater rates of cardiovascular disease.

The study, published in the journal Sleep Epidemiology, looked at data from almost 7,000 participants, with 74% people reporting no conditions, 3% had insomnia alone, 20% only obstructive sleep apnea, while 3.3% were reported as having COMISA.

The analysis found symptoms of co-morbid insomnia and sleep apnea (COMISA) were associated with a 56% increased risk of death from any cause compared to those without the condition, within the 11-year follow up period of the study, after controlling for sociodemographic factors, behavioral factors, chronic conditions and other potential mediators and moderators.

“While our study further highlights the risk of co-morbid insomnia and sleep apnea, it directly addressed the study’s aim, finding that self-reported insomnia symptoms combined with the STOP-Bang questionnaire (a questionnaire used to assess people for obstructive sleep apnea) can be used to identify people with probable COMISA at risk of adverse health outcomes,” says Dr. Sweetman.

“This is significant given the high costs, limited availability and long wait times to access polysomnography, especially for those living in regional Australia.

“While it is important that at some point in a patient’s management they do take part in an overnight sleep study to confirm their diagnosis and determine best treatment options, the reliability of self-reported symptoms could see more patients diagnosed with COMISA and sooner.”

Currently the recommended treatment for COMISA is a combination of cognitive behavioral therapy to treat the insomnia, before starting continuous positive airway pressure (CPAP) therapy to treat the sleep apnea. Dr. Sweetman leads a research program at Flinders University to develop and implement better treatments for COMISA throughout the healthcare system.

“As studies continue to show that COMISA can be a deadly combination, it’s important we develop more effective and tailored management approaches for COMISA, and to investigate the effect of COMISA treatment on reduction of mortality risk,” says Dr. Sweetman.

The paper, “Association of co-morbid insomnia and sleep apnoea symptoms with all-cause mortality: Analysis of the NHANES 2005-2008 data,” is published in the journal Sleep Epidemiology.


Citation:
People reporting symptoms of both insomnia and obstructive sleep apnea at an increased risk of death (2022, August 24)