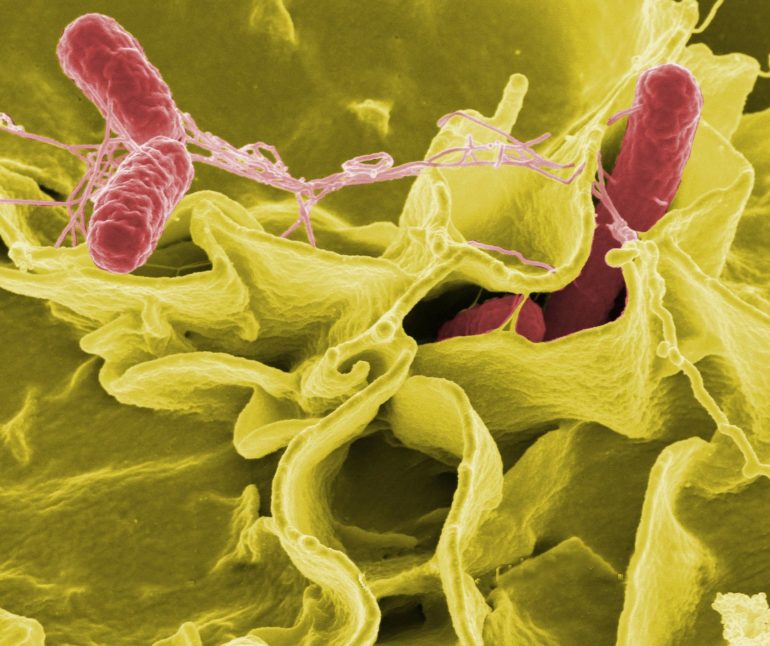 A team of researchers affiliated with several institutions in Israel has discovered the means by which salmonella bacteria use a metabolite to reprogram the Krebs cycle to promote their own survival. In their paper published in the journal Science, the group describes their study of the reaction of salmonella to the presence of succinate and what it revealed about the role succinate might play in bacterial infections in general. Jason Lynch and Cammie Lesser with Massachusetts General Hospital, have published a Perspectives piece in the same journal issue outlining the work by the team.

When bacteria enter the body, the immune system carries out a response aimed at killing them to prevent harm. Part of that response involves the activation of macrophages—phagocytic cells that attack and kill pathogens. Prior research has shown that they also produce chemicals that set off an inflammatory response to slow the spread of the pathogen. In this new effort, the researchers took a closer look at that process to better understand why this inflammatory response does not always occur during an infection.

The researchers chose the bacteria salmonella as a pathogen because it is well understood. Their work involved watching what happened when salmonella entered the macrophages that were intent on killing it. They discovered that once inside the cell, the bacteria made their way to the parts involved in the Krebs cycle—the series of reactions inside certain cells that result in generation of cell energy during aerobic respiration.

Citation:
How salmonella uses a metabolite to reprogram the Krebs cycle to promote its own survival (2021, January 22)
retrieved 24 January 2021
from https://phys.org/news/2021-01-salmonella-metabolite-reprogram-krebs-survival.html