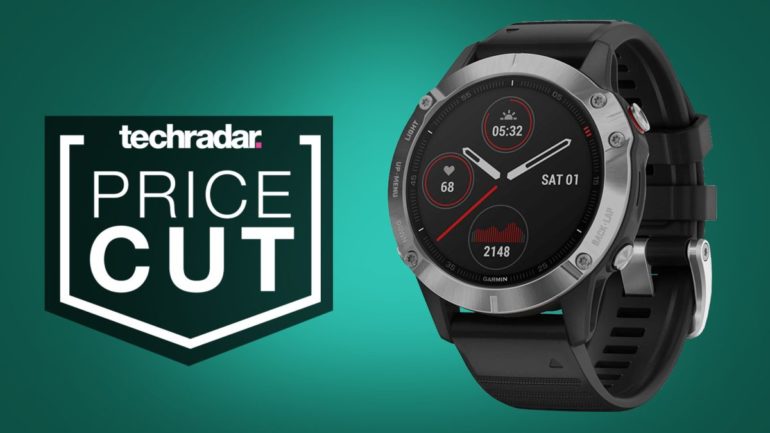 Looking for a powerful new running watch? The Garmin Fenix 6 is just £351.64 at Amazon today – a saving of £178.35 off the recommended retail price, and almost the cheapest we’ve ever seen it.

The Fenix 6 is one of the best Garmin watches around and rarely dips below £400, so this is a great deal that’s not to be missed. Past experience has taught us that this type of price drop doesn’t last long, so if you’re interested, it’s best to snap it up before the opportunity passes.

Not in the UK? Scroll down for the best Garmin deals near you.

The Garmin Fenix 6 is a hugely impressive running watch, but if it’s overkill for your needs, the stylish Garmin Lily and Garmin Venu Sq have hit their lowest ever prices at Amazon right now as well.

Garmin Lily: £179.99 £154.49 at Amazon
Save £25.50 The Garmin Lily only launched a few months ago, and this is the first major price cut it’s received since it landed. This deal only applies to the Orchid model (an attractive shade of purple).
View Deal

Garmin Venu Sq: £179.99 £124.99 at Amazon
Save £55 The Venu Sq is one of the best looking Garmins around, and it’s even more alluring with a huge £55 saving. It’s never dropped below £140 before, so this is an offer not to be missed. This deal applies to the Shadow Gray version.
View Deal

If you’re not in the UK, here are the best Garmin deals where you are.