Memory helps us evaluate situations on the fly, not just recall the past 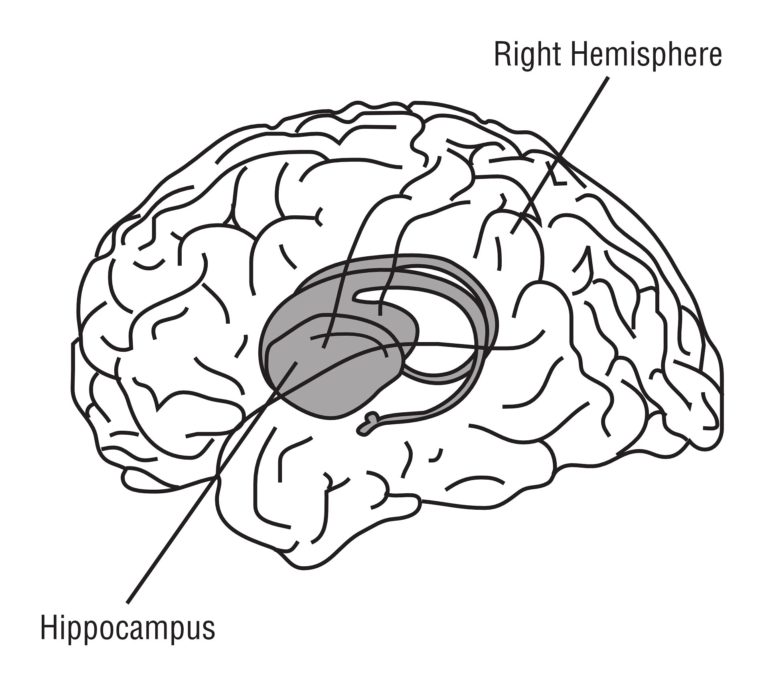 Scientists have long known the brain’s hippocampus is crucial for long-term memory. Now a new Northwestern Medicine study has found the hippocampus also plays a role in short-term memory and helps guide decision-making.

The findings shed light on how the hippocampus contributes to memory and exploration, potentially leading to therapies that restore hippocampal function, which is impacted in memory-related aging and neurodegenerative diseases such as dementia, the study authors said.

In the study, scientists monitored participants’ brain activity and tracked their eye movements while looking at different complex pictures. The scientists discovered that as we visually scan our environment and absorb new information, our hippocampus becomes activated, using short-term memory to better process new visual information to help us rapidly reevaluate situations.

How our memory helps us scan new environments

Imagine walking down the street and noticing an awkwardly parked car on your neighbor’s lawn. Maybe you quickly dismiss it and move on. But when you see an ambulance and fire truck approaching your location, you connect the dots and look back to see the scene of an accident. By using short-term memory to guide where you look, the hippocampus allows you to reexamine the car and form a lasting memory of the accident.

“At any given moment, your brain rapidly initiates eye movements that you are typically unaware of,” said corresponding author James Kragel, a postdoctoral research fellow at Northwestern University Feinberg School of Medicine. “Our findings suggest the hippocampus uses memory to inform where your eyes look, thereby priming the visual system to learn and reevaluate our environment on the fly.

“If you didn’t look back and see the crash, you might not encode that important information, but in using short-term memory retrieval, you can tie those clues together and remember details that cue bigger memories. It all comes down to building connections among these disparate elements that allow you to remember them later in a much easier way.”

The study will be published June 18 in the journal Science Advances.

“These findings emphasize that although hippocampal-dependent memory is typically considered a thing of the past, in fact, it operates in the moment to optimize our behavior and decision-making,” said senior study author Joel Voss, associate professor of medical social sciences, neurology, and psychiatry and behavioral sciences at Feinberg. “This is key to understanding hippocampal function and developing effective treatments for memory disorders.”

“It is as if you are using your memory to plan for what to expect, and then when it mismatches with what is actually unfolding, your hippocampus gets activated to reevaluate and update your current perception of what is going on,” Kragel said.

The study was conducted on patients with epilepsy who were undergoing neurosurgical monitoring at Northwestern Memorial Hospital to localize the source of their seizures. They had electrodes implanted in their brains to map seizure-related brain activity. During their stay in the epilepsy-monitoring unit, participants performed a memory task in which they studied lists of complex scenes with multiple people and objects (e.g. someone sitting at a park bench with food on the table, things happening in the background) followed by a memory test.

During the test, the participants indicated whether a presented scene was old or new. Throughout the task, the authors simultaneously recorded eye movements and neural activity to link hippocampal activity to memory-guided behaviors.

When studying a scene for the first time, participants often returned their gaze to a location they had just viewed hundreds of milliseconds prior. These “revisitation” eye movements enhanced spatiotemporal memory for scenes (remembering where an object was located or the sequence in which something happened). Brain recordings revealed the brain networks involved in generating these “revisitations,” as hippocampal activity shifted just before their execution. Increases in brain activity followed revisitations, which Kragel believes may form a lasting memory of the scene and its elements.

How metabolic reprogramming in mitochondria promotes or undermines survival and longevity

“This shows that the hippocampal contribution to memory unfolds over just hundreds of milliseconds during ongoing behavior, which is surprising given that the timecourse of its involvement, typically seen in long-term memory retrieval, is usually thought to be days to years,” Voss said.


Citation:
Memory helps us evaluate situations on the fly, not just recall the past (2021, June 18)
retrieved 18 June 2021
from https://medicalxpress.com/news/2021-06-memory-situations-recall.html