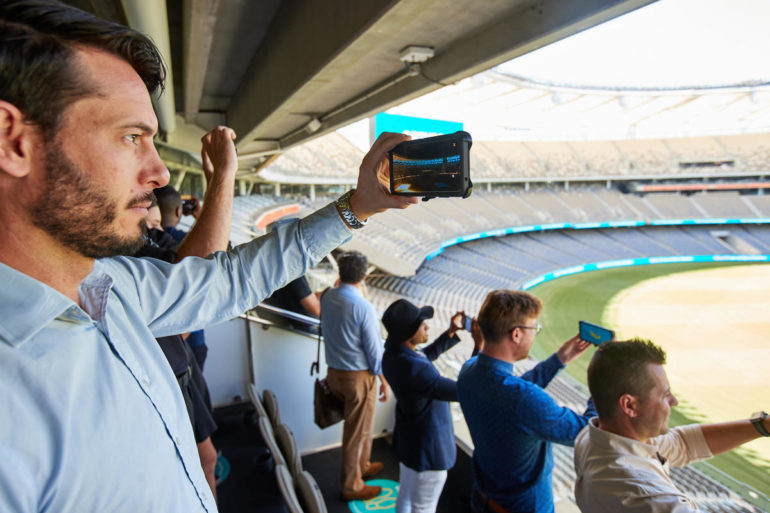 Optus has announced it has hit 1 million devices capable of using its 5G network, and that 80% of its handset sales are now 5G-capable devices.

At the same time, the telco announced it has switched on its first six millimetre wave (mmWave) sites. Optus said the sites made use of the 800MHz spectrum it recently purchased in the mmWave auction for AU$226 million.

The six sites are at Kings Cross, Surry Hills, North Ryde, and Optus HQ in Sydney, as well as Huntingdale in Melbourne and Strathpine in Brisbane.

The telco added it would be switching on more mmWave at its 1200 5G sites in the coming weeks.

“We’ve been testing mmWave for many months, harnessing and pushing its capabilities so that once commercial devices enter the market our customers will truly be able to benefit from the capacity and speeds that this incredible technology delivers,” Optus managing director for networks Lambo Kanagaratnam said.

“In fact, mmWave is set to blow current mobile and home internet speeds out of the water, with the potential for multi-gigabit speeds which is much faster than what Australians are used to getting today.”

Earlier this month, Optus introduced the ability for customers with an eSIM device to switch to the telco through the My Optus app for those signed up to its pre-paid Flex plan, and forgo a trip to a store or having to purchase a physical SIM.

“Finding ways to practice sustainability and being environmentally friendly is of the utmost importance for our customers,” Optus managing director of marketing Matt Williams said.

“We are keen to make these changes as simple as possible to integrate into their everyday lives, and by selecting to activate digitally, customers can save another bit of plastic from our oceans and another delivery truck on our busy roads.”

In Apps and WebCybersecurity
on 3 April 20216 min read

Last week, Telstra announced it was increasing the number of invites to trial its 5G fixed wireless service.

The telco said it was seeing typical evening speeds sit between 50Mbps and 600Mbps, with a speed test average of 378Mbps.

It also said it was doubling the data quota on 5G fixed wireless plans to 1TB, after feedback from users.

Telstra said it was working with Casa Systems on a mmWave-capable 5G modem for fixed wireless, and was working on switching on mmWave at “selected sites in 5 capital cities”.