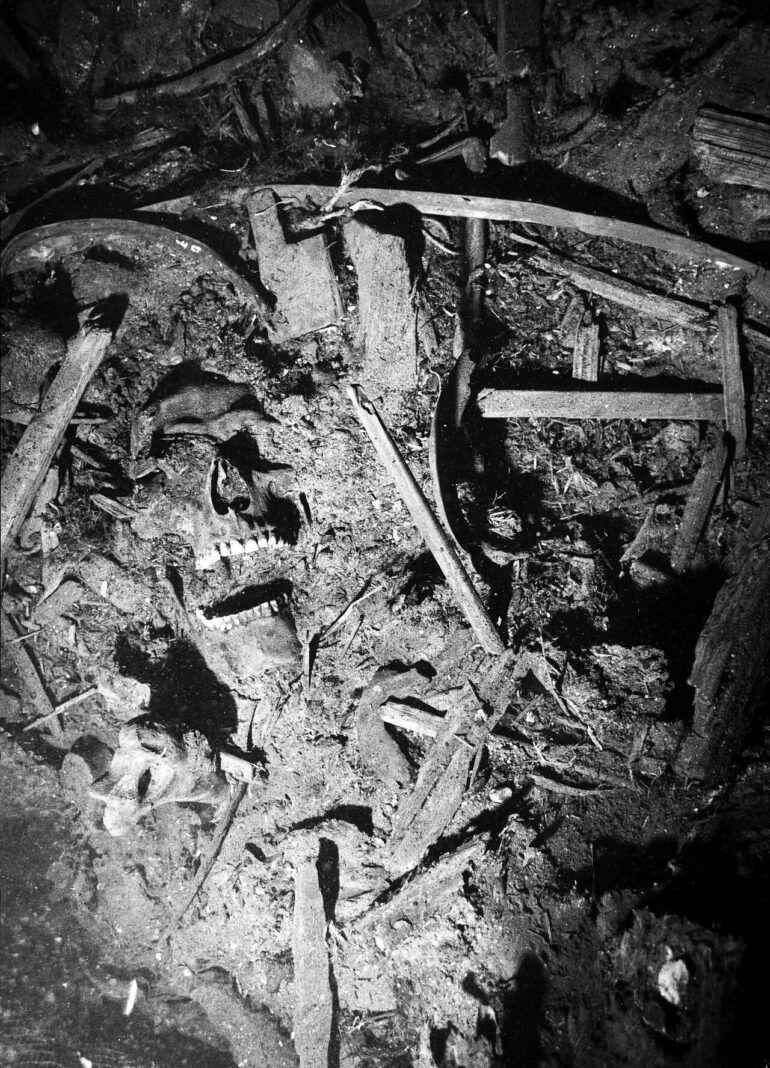 A new study published in the journal Cell on January 5 captures a genetic history across Scandinavia over 2,000 years, from the Iron Age to the present day. This look back at Scandinavian history is based on an analysis of 48 new and 249 published ancient human genomes representing multiple iconic archaeological sites together with genetic data from more than 16,500 people living in Scandinavia today.

Among other intriguing findings, the new study led by Stockholm University and deCODE genetics (Reykjavik) offers insight into migration patterns and gene flow during the Viking age (750–1050 CE). It also shows that ancestries that were introduced into the area during the Viking period later declined for reasons that aren’t clear.

“Although still evident in modern Scandinavians, levels of non-local ancestry in some regions are lower than those observed in ancient individuals from the Viking to Medieval periods,” said Ricardo Rodríguez-Varela of Stockholm University. “This suggests that ancient individuals with non-Scandinavian ancestry contributed proportionately less to the current gene pool in Scandinavia than expected based on the patterns observed in the archaeological record.”

The researchers hadn’t originally planned to piece together Scandinavian history over time and space. Rather, they were working on three separate studies focused on different archaeological sites.

“When we were analyzing the genetic affinities of the individuals from different archaeological sites such as the Vendel period boat burials, Viking period chamber burials, and well-known archaeological sites like the Migration period Sandby borg ringfort, known for the massacre that occurred there [in] 500 CE, and individuals from the 17th century royal Swedish warship Kronan, we start to see differences in the levels and origin of non-local ancestry across the different regions and periods of Scandinavia,” Rodríguez-Varela explained.

“Initially, we were working with three different studies,” Götherström said. “One on Sandby borg, one on the boat burials, and one on the man-of-war Kronan. At some point it made more sense to unite them to one study on the Scandinavian demography during the latest 2,000 years.”

The goal was to document how past migrations have affected the Scandinavian gene pool across time and space to better understand the current Scandinavian genetic structure. As reported in the new study, the researchers found regional variation in the timing and magnitude of gene flow from three sources: the eastern Baltic, the British Irish Isles, and southern Europe.

British Irish ancestry was widespread in Scandinavia from the Viking period, whereas eastern Baltic ancestry is more localized to Gotland and central Sweden. In some regions, a drop in current levels of external ancestry suggests that ancient immigrants contributed proportionately less to the modern Scandinavian gene pool than indicated by the ancestry of genomes from the Viking and Medieval periods.

Finally, the data show that a north-south genetic cline that characterizes modern Scandinavians is mainly due to differential levels of Uralic ancestry. It also shows that this cline existed in the Viking Age and possibly even earlier.

Götherström suggests that what the data reveal about the nature of the Viking period is perhaps most intriguing. The migration from the west impacted all of Scandinavia, and the migration from the east was sex biased, with movement primarily of female people into the region. As the researchers write, the findings overall “indicate a major increase [in gene flow] during the Viking period and a potential bias toward females in the introduction of eastern Baltic and, to a lesser extent, British-Irish ancestries.

“Gene flow from the British-Irish Isles during this period seems to have had a lasting impact on the gene pool in most parts of Scandinavia,” they continued. “This is perhaps not surprising given the extent of Norse activities in the British-Irish Isles, starting in the 8th century with recurrent raids and culminating in the 11th century North Sea Empire, the personal union that united the kingdoms of Denmark, Norway, and England. The circumstances and fate of people of British-Irish ancestry who arrived in Scandinavia at this time are likely to have been variable, ranging from the forced migration of slaves to the voluntary immigration of more high-ranking individuals such as Christian missionaries and monks.”

Overall, the findings show that the Viking period in Scandinavia was a very dynamic time, they say, with people moving around and doing many different things. In future work, they hope to add additional genetic data in hopes of learning more about how the ancestries that arrived during the Viking period were later diluted. They’d also like to pinpoint when the north-south cline was shaped based on study of larger ancient datasets from the north.

“We need more pre-Viking individuals form north Scandinavia to investigate when the Uralic ancestry enter in this region,” Rodríguez-Varela said. “Also, individuals from 1000 BCE to 0 are very scarce, [and] retrieving DNA from Scandinavian individuals with these chronologies will be important to understand the transition from the Bronze Age to the Iron Age in this part of the world. Finally, more individuals from the Medieval period until the present will help us to understand when and why we observe a reduction in the levels of non-local ancestry in some current regions of Scandinavia.”

“There is so much fascinating information about our prehistory to be explored in ancient genomes,” Götherström said.