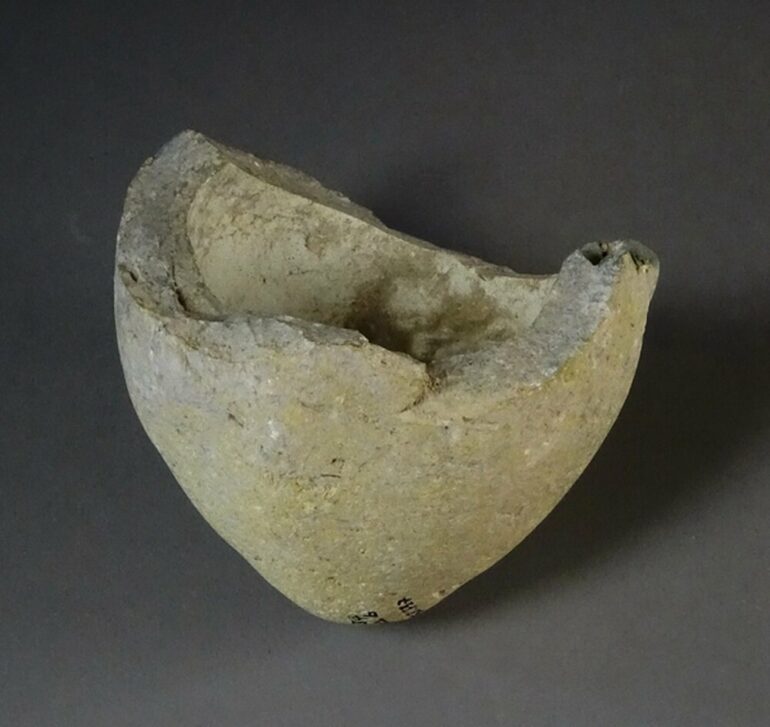 New analysis into the residue inside ancient ceramic vessels from 11th–12th century Jerusalem has found that they were potentially used as hand grenades.

Previous research into the diverse sphero-conical containers, which are within museums around the world, had identified that they were used for a variety of purposes, including beer drinking vessels, mercury containers, containers for oil and containers for medicines.

This latest research, led by Griffith University’s Associate Professor Carney Matheson, confirmed that some vessels did indeed contain oils and medicines, and some contained scented oils, consistent with other recent research into the use of the vessels.

However, his findings also revealed that some of the vessels contained a flammable and probably explosive material that indicated they may have been used as ancient hand grenades.

Associate Professor Matheson, from Griffith’s Car, said the explosive material he analyzed within the vessels suggested that there may have been a locally developed ancient explosive.

“This research has shown the diverse use of these unique ceramic vessels which include ancient explosive devices,” he said.

“These vessels have been reported during the time of the Crusades as grenades thrown against Crusader strongholds producing loud noises and bright flashes of light.

“Some researchers had proposed the vessels were used as grenades and held black powder, an explosive invented in ancient China and known to have been introduced into the Middle East and Europe by the 13th century. It has been proposed that black powder may have been introduced to the Middle East earlier, as early as these vessels from the ninth to 11th century.

“However, this research has shown that it is not black powder and likely a locally invented explosive material.”

Associate Professor Matheson said the research also revealed that some of these vessels had been sealed using resin.

“More research on these vessels and their explosive content will allow us to understand ancient explosive technology of the medieval period, and the history of explosive weapons in the Eastern Mediterranean,” he said.

Ancient plague genomes reveal the origins of the Black Death

The study, “Composition of Trace Residues from the contents of 11th–12th century sphero-conical vessels from Jerusalem,” has been published in PLOS ONE.