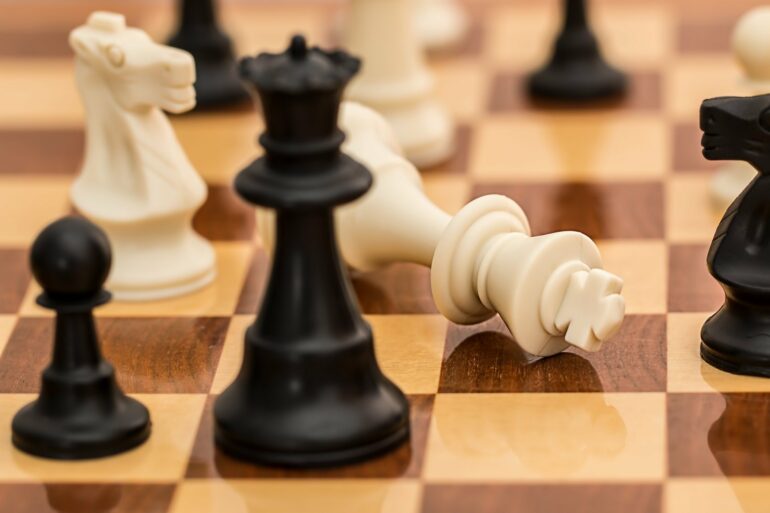 Wearing a face mask can temporarily disrupt decision-making in some situations according to University of Queensland research.

Dr. David Smerdon from UQ’s School of Economics analyzed almost three million chess moves played by more than eight thousand people in 18 countries before and during the COVID-19 pandemic and found wearing a mask substantially reduced the average quality of player decisions.

“The decrease in performance was due to the annoyance caused by the masks rather than a physiological mechanism, but people adapted to the distraction over time,” Dr. Smerdon said.

“The data showed masks were more likely to decrease performance in situations where there was a demanding mental task with a high working memory load.

“This is something to keep in mind for occupations in the STEM fields of science, technology, engineering and mathematics as well as other professions that demand a high level of working memory such as language interpreters, performers, waiters and teachers.”

Dr. Smerdon, an Australian chess Grandmaster, said while mask mandates had helped to curb the spread of COVID-19, almost nothing was known about their impact on cognitive performance.

“At the moment there are no large studies on the impact of mask wearing on the general population,” he said.

“Chess can provide us with that insight as it requires calculation, memory, problem-solving and pattern recognition and has been used extensively in psychology, neuroscience and economics to measure changes in cognitive performance.”

Dr. Smerdon’s study found that while mask wearing had a negative impact on chess performance, the effect subsided after four to six hours of playing.

“The results suggest that the effect of masks may depend on the type of task, the duration of the task and working memory load,” he said.

Dr. Smerdon said understanding the impact of mask wearing on decision-making could help individuals and organizations better evaluate when and how to use them.

“For example, education policy makers may need to bear in mind the disruptive effects of masks when designing exam conditions to address concerns about student health and fairness,” he said.

The study has been published in PNAS.