Discovering sources of Roman silver coinage from the Iberian Peninsula 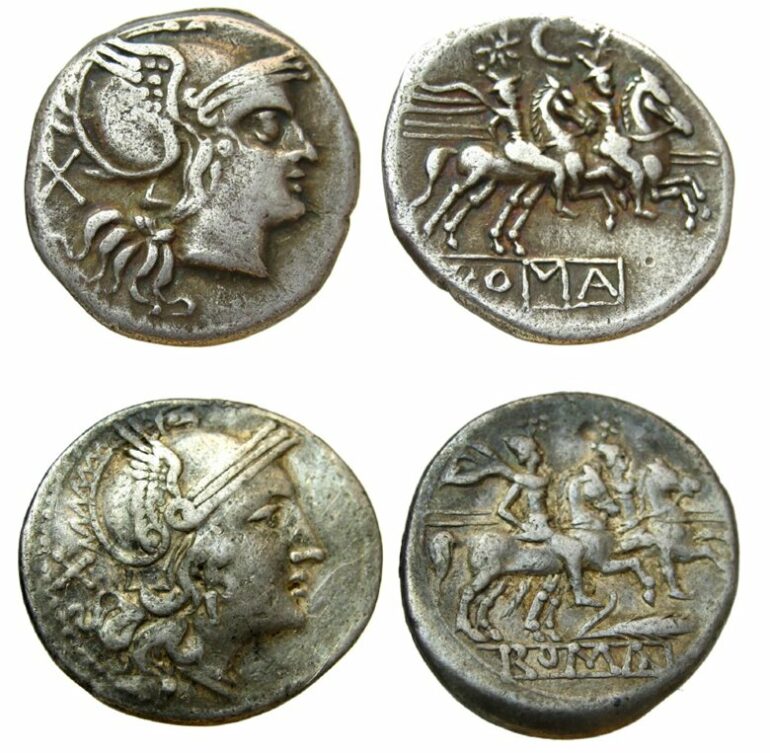 Despite its prior status as a luxury commodity, silver became widely used for coinage in the Roman world from the 7th century BCE onward and provided a standardized monetary system for ancient Mediterranean civilizations. However, the sources of silver used to produce Roman coinage have largely been used up, making it difficult to determine which deposits Roman miners exploited.

A new study published in the journal Geology yesterday evaluated silver sources from different mining provinces in the Iberian Peninsula to determine which locations may have been mined for silver to produce Roman coinage.

“The control of silver sources was a major geopolitical issue, and the identification of Roman silver sources may help archaeologists to reconstruct ancient fluxes of precious metals and to answer important historical questions,” said Jean Milot, the lead author of this study.

The Iberian Peninsula, which includes modern Spain and Portugal, is host to world-class silver deposits, especially in the southern region. These deposits contain galena, which is the main ore of lead and an important source of silver. To extract silver, the galena ore is smelted and purified, with refined silver for coin minting able to reach a purity of over 95%.

To track the source of Roman silver, the team of researchers analyzed the silver and lead compositions of galena samples from ore deposits across the Iberian Peninsula and compared the results to the chemical signatures of silver Roman coins.

Based on the lead elemental signatures of the galena samples, the ore deposits from southeastern Spain best fit the composition of Roman coins, suggesting that these deposits were a major source of Roman silver. Both silver-rich and silver-poor galena deposits were likely exploited here, with the extracted lead from silver-poor galena able to be mixed with other ores to extract silver.

These results based on chemical analyses are also consistent with archaeological evidence for ancient mining exploitation in the region.

This combined analytical toolkit provides a way to distinguish between silver-rich deposits and deposits barren of silver ore, which is critical in understanding the dynamics of silver supply in Roman times.

Friendship ornaments from the Stone Age

“This work needs to be extended to the silver-rich region in which coinage was actually invented in the 6th century BCE, Greece and Asia Minor (modern Turkey),” said Milot. “The method we describe here will allow us to recognize the lost ore fields which supplied silver to the Eastern Mediterranean empires from the Bronze Age to the collapse of Hellenistic kingdoms.”