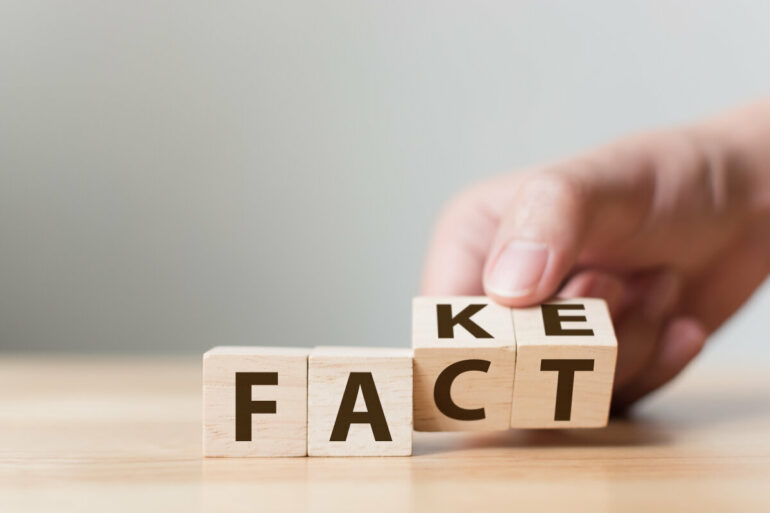 At a time when climate models churn out increasingly precise and dire predictions, about 30% of Americans don’t believe climate change will occur in their lifetimes. While the James Webb space telescope peers toward the beginning of the universe, 2 in 10 Americans remain unconvinced that the Earth is round. And while pharmaceutical companies continue to tweak vaccines to combat COVID-19 variants, roughly 10% of Americans believe the shots are actually designed to insert microchips.

By their nature, scientific falsehoods defy reason. But two Stanford researchers—Jonathan Osborne, a professor emeritus of science education at Stanford Graduate School of Education (GSE), and GSE doctoral student Daniel Pimentel—are taking a scholarly approach to understand where such beliefs originate and how they can be discouraged.

In a new essay published in the journal Science, Osborne and Pimentel argue that new approaches to science education could help inoculate society against scientific misinformation in all of its forms, from the misguided to the malicious.

“It will take a fundamental shift,” Osborne said. “The standards for teaching kindergarten through high school were framed before misinformation was such a problem.”

It’s important to address the issue at a young age, said Osborne, who began his career as a science teacher in the 1970s and is one of the authors of A Framework for K-12 Science Education, the basis for the Next Generation Science Standards. Adults can be especially reluctant to abandon or even question their personal misinformation, he said, especially if those beliefs are tied up with their politics or personal identity.

Osborne and Pimentel are the lead authors of “Science Education in an Age of Misinformation,” a 2022 report exploring the threat posed by scientific misinformation and how it can be addressed. In the report, they lay out strategies to prepare students to cope with dubious claims, including revising the curriculum, better preparing and equipping teachers, and assessing students’ capabilities in this area.

For starters, the researchers say, students should know how to check the reliability of a source. That task often starts with three key questions: Who is providing this information, how do they know it, and what are they trying to sell? At a fundamental level, Osborne said, it’s often more important to evaluate a source than the actual claim. If the source doesn’t hold up to scrutiny, it’s safe (and generally wise) to disregard everything else.

To guard against questionable sources, students have to be taught how to navigate the internet and interpret search results, Osborne said. Internet skills should be purposefully taught throughout primary and secondary school: Students should know how to tailor search terms to get the most reliable results, how to spot sponsored content, and how to quickly identify the most credible information in a sea of results. The report details strategies used by professional fact checkers to evaluate sources online, citing research and materials developed by the Stanford History Education Group.

Even if they trust a particular source, students still need to be equipped to recognize plausible claims and disregard the ridiculous, said Pimentel. It’s not possible or even desirable, he said, to make every student an expert in every realm of science. Instead, the goal should be to create “competent outsiders” who can grasp the fundamentals of a field without an advanced degree.

Pimentel points to climate change, a topic that often pits scientists against naysayers with political or economic motives. Only a small percentage of the population can ever gain the expertise to build and interpret climate models. Instead of raising a new generation of climate scientists, Pimentel and Osborne argue that schools should prepare students to understand the concept of scientific models and the fundamentals of the scientific process.

For his dissertation, Pimentel, whose doctoral research focuses on how technology can help teachers and students engage with science-related civic issues, helped create a high school biology curriculum designed to turn students into competent outsiders. One major goal is to help students recognize the importance and meaning of scientific consensus. Scientists may argue over the exact lineage of a newly found hominid fossil, for example, but they unanimously agree that all hominids are closely related to apes.

It takes many years of work and mountains of evidence to lead to such widespread agreement. By teaching students to appreciate the weight of consensus, the curriculum prepares them to face the onslaught of misinformation that has not been so thoroughly validated. “The results so far are pretty encouraging,” he said. “They are much more likely to be able to distinguish credible from incredible information.”

Students should also be prepared to appreciate the disagreements that inevitably arise in science, Osborne said. Traditional science education often glosses over the dynamic nature of science and the evolution of knowledge.

“Even up to the undergraduate level, science education traffics in settled facts,” he said. “Nothing is uncertain, and nothing is up for grabs.”

He recalled his own college education, where students were required to do step-by-step lab tests to replicate an expected result. “That was a fundamental flaw, because nobody got the right result and everyone fiddled with the figures,” he said. Instead of simply regurgitating the “correct” answer, students should learn why experiments don’t always work. “Science is difficult,” he said, adding that a better understanding of how science actually works can help people put arguments and conflicting evidence into context.

“You need to have some understanding of the major ideas in science,” he said. “But you also need to educate people to recognize that they will be confronted with scientific knowledge that is beyond any kind of understanding they learned in school. And when you are confronted with that, how do you make a good decision?”

Misinformation often borders on the ridiculous, but, Osborne and Pimentel argue, the issue has never been more serious.