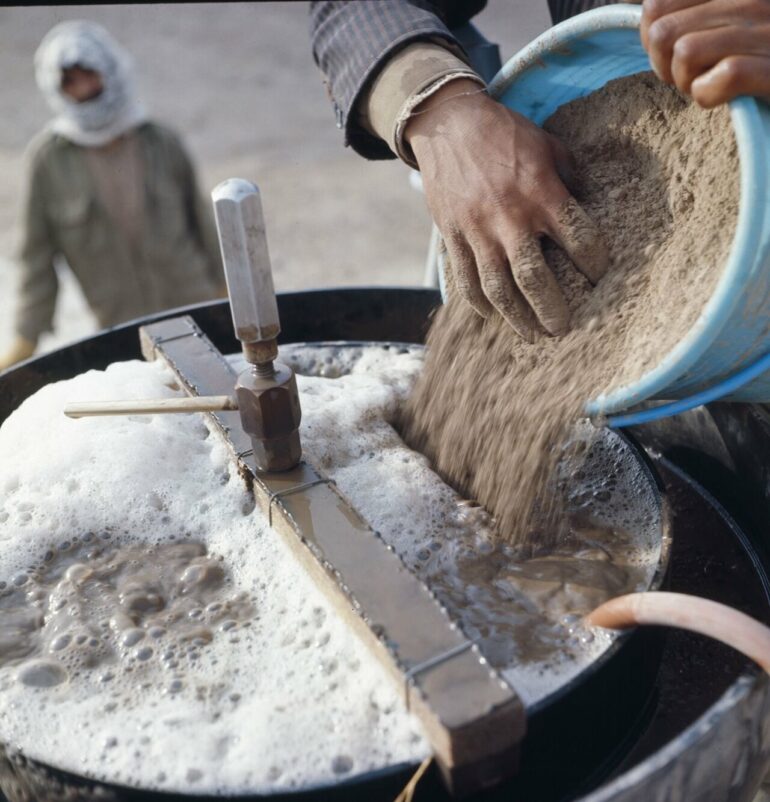 Tiny crystals in ancient animal dung serve as key evidence in a new analysis suggesting the possibility that hunter-gatherers at Abu Hureyra, Syria, may have tended small numbers of animals just outside their dwellings between 12,800 and 12,300 years ago. Alexia Smith of the University of Connecticut and colleagues present these findings in the open-access journal PLOS ONE on September 14, 2022.

Abu Hureyra is an archaeological site that was occupied for thousands of years, spanning the transition from hunting and gathering to farming and herding. While a large body of research has explored this transition across many archaeological sites, much remains to be determined about the specific timeline, including the full range of early animal management practices that may have preceded large-scale herding.

To shed new light on this transition, Smith and colleagues turned to ancient animal dung. Specifically, they analyzed the presence of dung spherulites—tiny calcium carbonate clumps found in the dung of animals—at Abu Hureyra, and considered this evidence alongside other archaeological, archaeobotanical, and zooarchaeological evidence.

Their analysis suggests that people who occupied Abu Hureyra between 12,800 and 12,300 years ago (during the Epipaleolithic period) burned dung as fuel and may have held animals, possibly sheep, immediately outside their dwellings. Later, the evidence suggests, Neolithic occupants continued to use dung as fuel and also used it to prepare plaster floors. A subsequent drop in spherulite levels at the site may correspond with the rise of larger-scale herding of animals farther away from dwellings.

These findings add to a small but growing body of evidence supporting the possibility that people may have begun developing animal management practices during or even before the development of plant cultivation, challenging the widely held view that cultivation began first.

The researchers plan to continue to explore past animal presence at Abu Hureyra, and they note that additional research is needed to determine how common similar early animal-tending practices may have been at other sites in Southeast Asia. Such research could be aided by a new method for distinguishing ancient dung from modern dung that was developed for this study.

The authors add: “Until recently, it has been hard to find a method that would allow archaeologists to examine the very earliest experiments with animal tending prior to fully-fledged animal domestication and herding, so it is really exciting to see that remnants of animal dung can help us track the differing ways that people interacted with animals early on. We were surprised when we realized that hunter-gatherers were bringing live animals to Abu Hureyra between 12,800 and 12,300 years ago and keeping them outside of their hut. This is almost 2000 years earlier than what we have seen elsewhere, although it is in line with what we might expect for the Euphrates Valley.”

A 3,400-year-old city emerges from the Tigris River