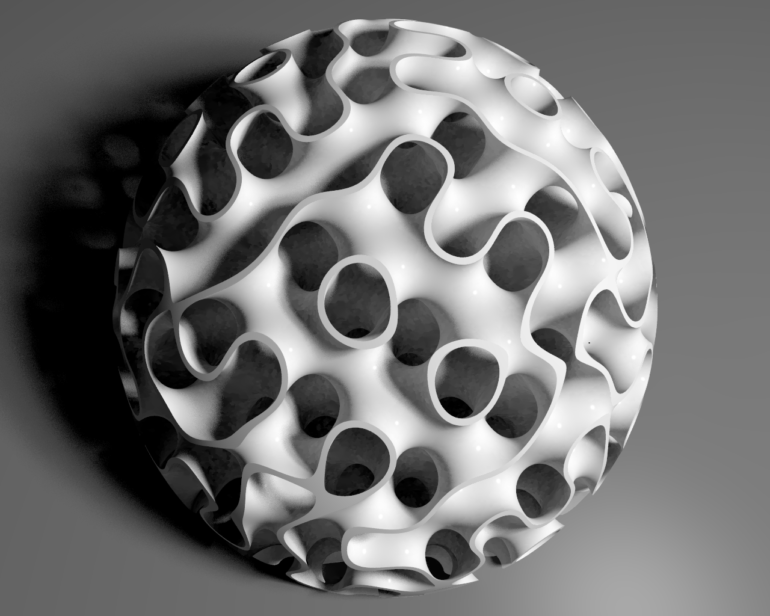 Jülich researchers have been able to demonstrate an exotic electronic state, so-called Fermi Arcs, for the first time in a 2D material. The surprising appearance of Fermi arcs in such a material provides a link between novel quantum materials and their respective potential applications in a new generation of spintronics and quantum computing. The results have recently been published in Nature Communications.

The newly detected Fermi arcs represent special—arc-like—deviations from the so-called Fermi surface. The Fermi surface is used in condensed matter physics to describe the momentum distribution of electrons in a metal. Normally, these Fermi surfaces represent closed surfaces. Exceptions such as the Fermi arcs are very rare and often are associated with exotic properties like superconductivity, negative magnetoresistance and anomalous quantum transport effects.

Today’s technology challenge is to develop the “on-demand” control of physical properties in materials. However, such experimental tests have been largely limited to bulk materials and are key grand challenges in condensed matter science. With its groundbreaking paradigm, the findings present a promising new frontier for quantum control of topological states in low-dimensional systems by external means—the external magnetic field that offers unprecedented capabilities on 2D materials for artificial intelligence as well as future information processing.

The analyzed material is a so-called topological 2D material. Topological materials have special properties that arise due to interactions of the electrons with the crystal structure and are protected against interfering influences. 2D materials, on the other hand, are materials that consist of only one layer of atoms or molecules and are being intensively researched because of their unusual properties. A well-known example is graphene, which consists of single-layer carbon.

Graphene exhibits exotic physical properties compared with its bulk counterpart. The material mentioned in the paper is a 2D iron atomic layer. When compared with graphene, these 2D hybrid magnets are a class of materials that reveal additional emergent phenomena in the single layer limit. For instance, it can lead to potential applications of the chiral anomaly in devices and open a new area of research in the field of the strongly-correlated topological materials.

For the work, the researchers conducted experiments at the Elettra Synchrotron in Trieste, Italy. There, an international consortium led by Forschungszentrum Jülich operates the spin-resolving Momentum Microscope at the NanoESCA beamline.