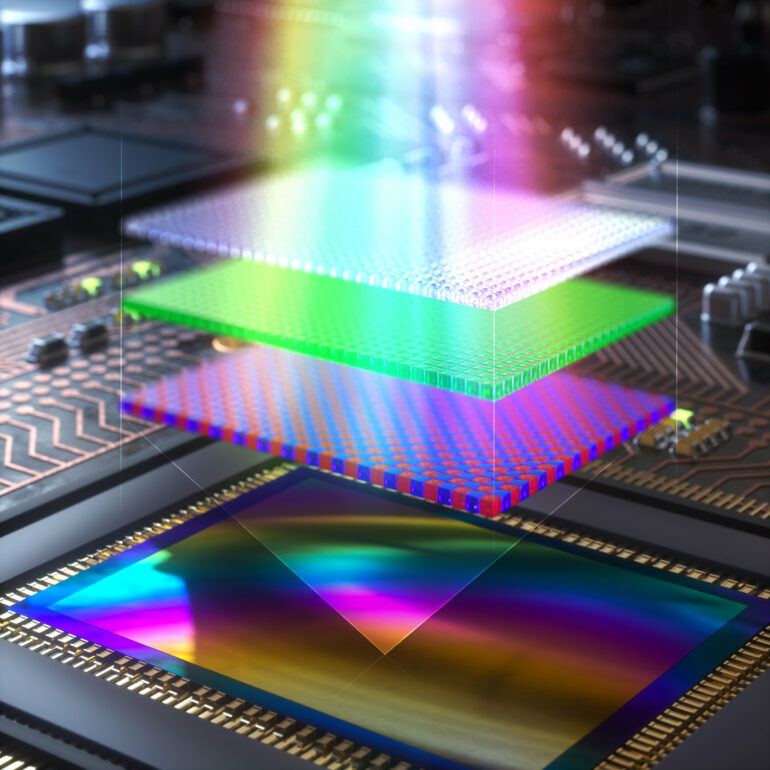 Researchers have developed and demonstrated new green-light absorbing transparent organic photodetectors that are highly sensitive and compatible with CMOS fabrication methods. Incorporating these new photodetectors into organic-silicon hybrid image sensors could be useful for applications such as light-based heart-rate monitoring, fingerprint recognition and devices that detect the presence of nearby objects.

Whether used in smartphones or scientific cameras, most of today’s imaging sensors are based on CMOS technology and inorganic photodetectors that convert light signals into electric signals. Although photodetectors made from organic materials are attracting attention because they can help boost sensitivity, for example, it has proven difficult to fabricate high-performance organic photodetectors.

“For organic photodetectors to be incorporated into mass-produced CMOS image sensors requires organic light absorbers that are easy to fabricate on large scales and can accomplish vivid image recognition and produce distinct images in the dark with a high frame rate,” said Sungjun Park from Ajou University in the Republic of Korea, who co-led the research team. “We developed transparent green-sensitive organic photodiodes that can meet these requirements.”

“The green-selective light-absorbing organic layer used in these image sensors considerably reduced crosstalk between the different colored pixels thanks to the introduction of a mixed organic buffer layer,” said research team co-leader Kyung-Bae Park from the Samsung Advanced Institute of Technology (SAIT) in the Republic of Korea. “This new design could allow high-performance organic photodiodes to become the main component for imaging modules and optoelectronic sensors used in a variety of applications.”

Most organic materials are not suitable for mass production because they cannot withstand the high temperatures used for post-processing or they become unstable during long-time use at moderate temperatures. To overcome this challenge the researchers focused on modifying the photodetector’s buffer layer to improve stability, efficiency and detectivity. Detectivity is a measure of how well a sensor can detect weak signals.”We introduced a bathocuproine (BCP):C60 mixed buffer layer as an electron transporting layer,” said Sungjun Park. “This gave the organic photodetectors exceptional characteristics, including higher efficiency and an extremely low dark current, which reduces noise.” This photodetector can be placed on a silicon photodiode with red and blue filters to create a hybrid image sensor.

The researchers showed that the new photodetectors exhibited a detectivity comparable to those of conventional silicon photodiodes. The detectors operated stably under temperatures above 150 °C for 2 hours and showed long-term operational stability at 85 °C for 30 days. The photodetectors also exhibited good color expression.

Next, they plan to tailor the new photodetectors and hybrid image sensor for use in various applications such as mobile and wearable sensors (including CMOS image sensors), proximity sensors and fingerprint-on-display devices.