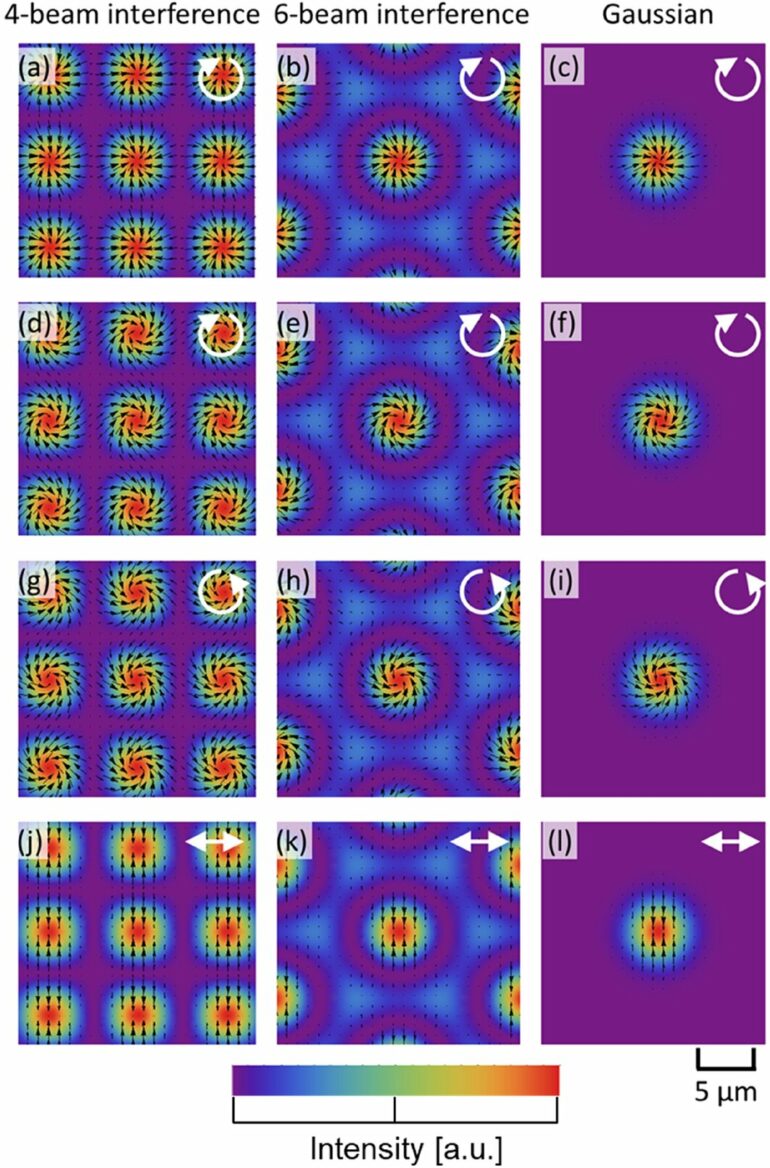 Scientists from Japan have employed theoretical calculations to model the optical radiation force distribution induced by an arbitral light pattern including an interference pattern. Based on the simulations, they were able to fabricate nano-sized structures in array that may lead to new optical devices, such as chirality sensors.

The ability to manipulate physical objects, such as spacecraft, with beams of light has been a staple of science fiction novels and television shows. However, due to its usefulness in fabricating and handling nanotech devices, scientists have been working to make it a reality, albeit on much smaller scales. Optical array structures can be formed by multiple laser pulses, but the reproducibility deteriorates based on fluctuations in positioning and power of the laser. A more reliable method is needed for create any desired small pattern.

Now, a team of researchers from the Institute of Laser Engineering at Osaka University showed optical radiation force distribution induced by an interference patterns created by multiple lasers fired at the same time can be calculated using computer simulations. This allows for reproducible coherent structures to be produced accurately at the wavelength level. Under the light structures, the optical radiation pressure was computed using a cylindrical coordinate system, but by reconstructing the simulation code using a Cartesian coordinate system, the team was able to handle any given light intensity distribution.

As an illustration, optical radiation force distributions for the fabrication of a device with chiral—or helical—features was simulated. A chiral structure can be formed by the optical radiation force induced using circularly polarized light. These structures are expected to be used for light control devices and molecular chirality detection devices. In this case, a diffractive optical element split a single circularly-polarized laser into either four or six coherent beams, which then interfered with each other to produce the final pattern.

In addition to chiral structures produced this way, similar interference patterns might also be used for the creation of other two-dimensional or three-dimensional nano-periodic structures.