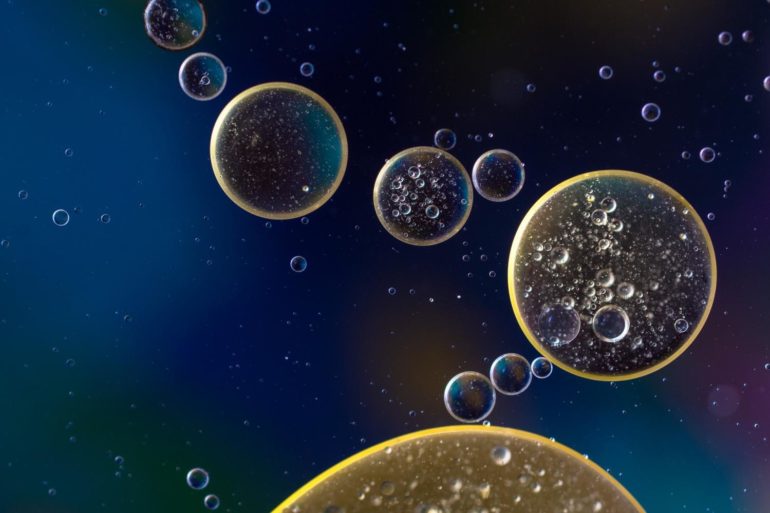 A team of biophysicists from the University of Massachusetts Amherst and Penn State College of Medicine set out to tackle the long-standing question about the nature of force generation by myosin, the molecular motor responsible for muscle contraction and many other cellular processes. The key question they addressed—one of the most controversial topics in the field—was: how does myosin convert chemical energy, in the form of ATP, into mechanical work?

The answer revealed new details into how myosin, the engine of muscle and related motor proteins, transduces energy.

In the end, their unprecedented research, meticulously repeated with different controls and double-checked, supported their hypothesis that the mechanical events of a molecular motor precede—rather than follow—the biochemical events, directly challenging the long-held view that biochemical events gate the force-generating event. The work, published in the Journal of Biological Chemistry, was selected as an Editor’s Pick for “providing an exceptional contribution to the field.”

Completing complementary experiments to examine myosin at the most minute level, the scientists used a combination of technologies—single molecule laser trapping at UMass Amherst and FRET (fluorescence resonance energy transfer) at Penn State and the University of Minnesota. The team was led by muscle biophysicist Edward “Ned” Debold, associate professor in the UMass Amherst School of Public Health and Health Sciences; biochemist Christopher Yengo, professor at Penn State College of Medicine; and muscle biophysicist David Thomas, professor in the College of Biological Sciences at the University of Minnesota.

“This was the first time these two cutting-edge techniques have been combined together to study a molecular motor and answer an age-old question,” Debold says. “We’ve known for 50 years the broad scope of how things like muscle and molecular motors work, but we didn’t know the details of how that occurs at the most minute level, the nanoscale motions. It’s like we’re looking under the hood of a car and examining how the engine works. How does it take the fuel and convert it into work when you press the gas pedal?”

Using his single molecule laser trap assay in his lab, Debold and his team, including graduate students Brent Scott and Chris Marang, were able to directly observe the size and rate of myosin’s nanoscale mechanical motions as it interacted with a single actin filament, its molecular partner in force generation. They observed that the force-generating step, or powerstroke, happened extremely fast, almost as soon as it bound to the actin filament.

In parallel experiments using FRET assays, Yengo’s team confirmed this fast rate of the powerstroke and with additional studies demonstrated that the key biochemical steps happened subsequently and much more slowly. Further analysis revealed for the first time how these events might be coordinated by the intramolecular motions deep inside the myosin molecule.

“Chris Yengo collected his data separate from mine and we combined and integrated the results,” Debold says. “I could see things that he couldn’t, and he could see things that I couldn’t, and in combination we were able to reveal novel insights into how a molecular motor transduces energy. It was clear that the mechanics happened first followed by the biochemical events.”

Highlighting the importance of examining energy transduction at the nanoscale level has very broad implications, Debold explains. “It’s not just about how muscle works,” he says. “It is also a window into how many motor enzymes within our cells transduce energy, from those that drive muscle contraction to those that cause a cell to divide.”

Detailed knowledge about that process could help scientists one day develop treatments for such conditions as heart failure, cancer and more. “If you understand how the molecular motor works, you could use that information to improve function when it’s compromised, as in the case of heart failure,” Debold says. “Or if you wanted to prevent a tumor cell from dividing, you could use this information to prevent force-generation. Knowing exactly how force-generation occurs could be very useful for somebody trying to develop a drug to inhibit a molecular motor during cell division, and ultimately cancer.”

Synthesizing an alternative fuel for muscle could lead to medical advances