Researchers explore using light to levitate discs in the mesosphere 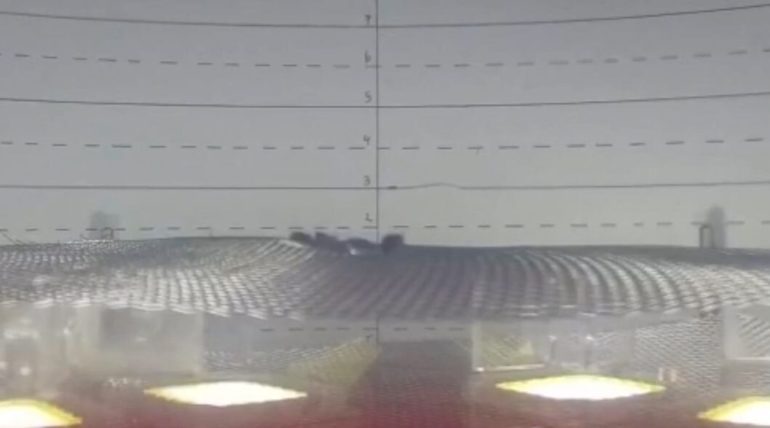 A team of researchers at the University of Pennsylvania has found that it is possible to levitate very thin discs in conditions that mimic the mesosphere using laser light. In their paper published in the journal Science Advances, the group describes their research involving a possible way to allow flight at very high altitudes and how well it worked.

Earth and weather scientists would like to be able to send sensors higher up into the atmosphere than is now possible. Doing so would allow for monitoring airflow and perhaps improve weather predictions. The area of interest is the mesosphere, a part of Earth’s atmosphere at approximately 50 to 80 kilometers above the surface. At these altitudes, the air is too thin for airplanes to fly or for balloons to reach—the only options right now are satellites and rockets. But even those approaches have a problem—the air is too thick. Friction and heat would make long-duration flights impractical. In this new effort, the researchers explored a new way to address the problem—using light from below to keep very light craft aloft.

The approach by the team in Pennsylvania involved constructing very thin discs out of mylar, each, just 6 millimeters in diameter. They then coated the bottom of the discs with a film made of carbon nanotubes. The researchers tested their idea by placing the discs in a vacuum chamber with pressures that simulated those in the mesosphere. They found that firing lasers or reflected sunlight up at the discs pushed them into the air a small distance, and that they could direct the discs by adjusting the laser light.

The researchers explain that the levitation was not due to a push from the laser but to the heat created as the laser struck the nanotubes. They note that some of the heat was absorbed and some was not. The heat striking the bottom of the discs transferred heat in a way that resulted in more downward-moving molecules gaining velocity than did molecules gaining an upward velocity. The result was upward movement of the disc.

The researchers acknowledge that their work is preliminary—it is not known if the approach would work for discs dropped into the mesosphere. Also, more work is required to see if the discs can be scaled up to a size that would be useful.

The state of digital transformation in Malaysia