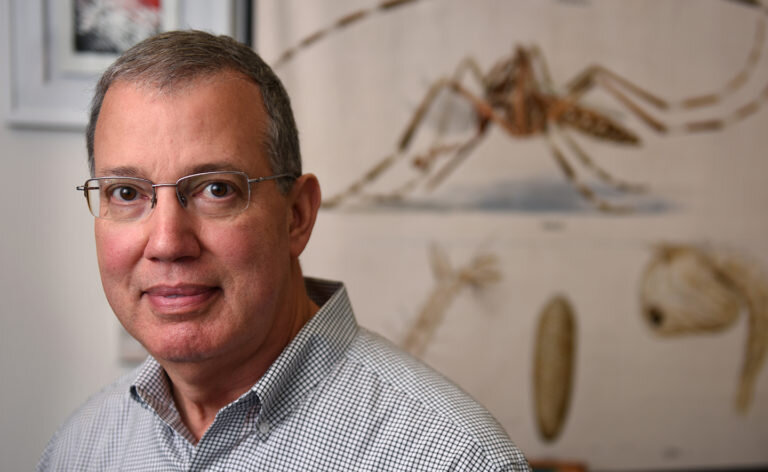 Employing a strategy known as “population modification,” which involves using a CRISPR-Cas9 gene drive system to introduce genes preventing parasite transmission into mosquito chromosomes, University of California researchers have made a major advance in the use of genetic technologies to control the transmission of malaria parasites.

“This work mitigates a big issue with the first gene drive systems, which is the accumulation of drive-resistant mosquitoes that could still transmit malaria parasites,” said UCI vector biologist Anthony James, the Donald Bren Professor of Microbiology & Molecular Genetics and Molecular Biology & Biochemistry, who was a co-primary investigator on the study.

“The second-generation gene drive system described in this paper can be applied to any of the several thousand genes that are essential for insects to survive or reproduce,” said UC San Diego Distinguished Professor Ethan Bier, a co-author of the study and science director at the Tata Institute for Genetics and Society. “While it was developed in fruit flies, this system is readily transportable to a broad selection of insect species that serve as vectors for devastating disorders such as Chagas disease, sleeping disease, leishmaniasis and arboviral diseases.”

They describe a highly efficient second-generation version of the team’s original gene drive, developed for the Indo-Pakistani malaria vector mosquito Anopheles stephensi. The 2015 work, published in Proceedings of the National Academy of Sciences, was the first demonstration of a CRISPR-based gene drive in mosquitoes.

Adolfi, lead author of the new study, and collaborators solved the failure to drive efficiently through females by equipping the gene drive with a functional copy of the target gene into which the drive is inserted. Normal function of this target gene is required in this mosquito species for female survival and fertility after she feeds on blood, and its functionality is usually disrupted when the drive system is inserted into the gene.

The resulting female mosquitoes showed strong and consistent drive in a population cage study and negligible production of drive-resistant chromosomes. This strategy of inserting a gene drive into a gene essential for viability or fertility and at the same time including a functional gene that rescues the loss of viability or fertility provides a general solution to drive resistance through females. Also, as with a catalytic converter removing combustion pollution from automobiles, the new system efficiently eliminates genetic errors made in the drive process.

This gene drive system—in combination with genes for blocking parasite transmission—can now be used to design field-ready strains of mosquitoes. Thorough testing is required to demonstrate safety and efficacy before advancing to field testing.

Best gadgets to help you stay healthy in the new year