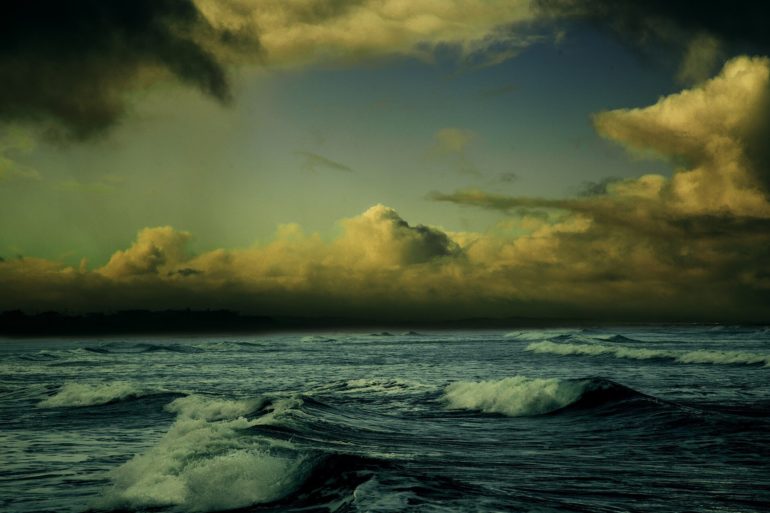 A team of researchers from the Indian Institute of Science and Cotton University has found that some droughts during monsoon season in India are due to unique North Atlantic disturbances. In their paper published in the journal Science, the group describes their study of weather patterns in South Asia over the past century and what it showed about monsoon season droughts.

The monsoon season in India runs generally from June to September each year. The people of India have grown reliant on the heavy rains that fall each year to grow crops. But some years, the rains do not come, leading to massive economic, ecological and human hardships. Planetary scientists have studied the weather in South Asia for many years trying to understand why sometimes the monsoon season fails to arrive. Previous research has shown that El Niño events almost always lead to dry monsoon seasons, but not all dry seasons are due to El Niño events. In this new effort, the researchers sought to learn more about other events that might impact monsoon season rains. Their work involved obtaining and analyzing weather data for South Asia over the past 100 years.

They found that nearly half (10 out of 23) of all droughts in India over the past century did not occur in El Niño years. They also found that in years when there were droughts unrelated to El Niño, there were unique atmospheric disturbances in the North Atlantic Ocean. These disturbances, they also found, resulted in the development of currents that disturbed the factors that normally lead to the heavy rains typically associated with monsoon season in South Asia.

The researchers also found that the non-El Niño-associated droughts also followed a pattern—they begin with less than normal amounts of rainfall in June, followed by normal amounts of rain in early August. But then the rains suddenly stop. The researchers found that the North Atlantic Ocean disturbances tend to coincide with the sudden drop in rainfall in mid-August. They were not able to explain the nature of such disturbances, however, except to note that they involved winds from the upper atmosphere mixing with cyclonic circulation over the cold water of the North Atlantic.

Indian monsoon can be predicted better after volcanic eruptions

Citation:
Some droughts during the Indian monsoon are due to unique North Atlantic disturbances (2020, December 11)
retrieved 11 December 2020
from https://phys.org/news/2020-12-droughts-indian-monsoon-due-unique.html