Helicopters flying at Mars may glow at dusk 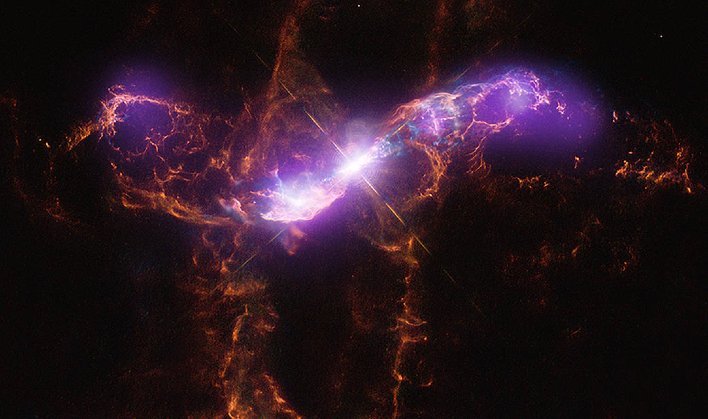 The whirling blades on drones flying above Mars may cause tiny electric currents to flow in the Martian atmosphere, according to a NASA study. These currents, if large enough, might cause the air surrounding the craft to glow. This process occurs naturally at much larger scales on Earth as a corona or electrical glow sometimes seen on aircraft and ships in electrical storms known as Saint Elmo’s Fire.

“The faint glow would be most visible during evening hours when the background sky is darker,” said William Farrell of NASA’s Goddard Space Flight Center in Greenbelt, Maryland, lead author of a paper on this research published March 10, 2021 in the Planetary Science Journal. “NASA’s experimental Ingenuity helicopter does not fly during this time, but future drones could be cleared for evening flight and look for this glow.”

“The electric currents generated by the fast-rotating blades on drones are too small to be a threat to the craft or the Martian environment, but they offer an opportunity to do some additional science to improve our understanding of an accumulation of electric charge called ‘triboelectric charging,'” added Farrell.

The team applied laboratory measurements and used computer modeling to investigate how electric charge could build up on a drone’s rotor blades. Charge buildup also happens on terrestrial helicopter blades, especially in dusty environments, so the team also used interpretations and modeling of the charging from terrestrial helicopters as a basis for understanding the Mars case.

They found that as the drone’s blades spin, they run into tiny dust grains in the Martian air, especially when the helicopter is near the surface and blowing dust around. As the blades impact the grains, charge is transferred, building up on the blades and creating an electric field. As charge builds to high levels, the atmosphere starts to conduct electricity, a process known as “atmospheric breakdown,” creating a population of electrons that form an enhanced electric current that acts to dissipate or offset the charge build-up on the rotorcraft.

The team found that breakdown begins as an invisible “electron avalanche.” Electrons are very small particles with negative electric charge. The charge makes electrons respond to electric fields—attracted to a field generated by positive charge and repelled from a field generated by negative charge. Free electrons—those not bound to an atom—in an electrically conducting material such as a copper wire are responsible for the flow of electric current. Atmospheres can have free electrons as well, and the few free electrons in the Martian air feel the force of the electric field from the rotorcraft and crash into atmospheric carbon dioxide (CO2) molecules. The impact liberates more electrons from CO2 molecules, which amplifies the current.

The Martian atmosphere is extremely thin, at the surface just about one percent of the pressure of Earth’s atmosphere at sea level. This very low pressure makes breakdown more likely. On Mars, the molecules that make up the atmosphere are spaced further apart than in an atmosphere like Earth’s, since they are less dense. Think of the electric field propelling the free electrons much like a car at the start of a drag race. If there are many large obstacles along the path, the accelerating car may hit them and slow down (or stop). The collisions limit the car’s speed to remain relatively slow. However, if the obstacles are very widely spaced, that same car will now accelerate to high velocities before hitting the obstacle. Similarly, the extra space in Martian air gives free electrons a greater path for acceleration before they ‘crash’ into a molecule, so they can reach the required velocity to kick off other electrons from the CO2 molecules and start an electron avalanche within a relatively low electric field of around 30,000 volts per meter (1 meter is about 3.3 feet). On Earth, the same electron avalanche can occur, but in the denser atmosphere, the electric fields must be much larger, about 3,000,000 volts per meter.

Although the currents generated by a drone flying in the atmosphere are small, they might be large enough to cause the air around the blades and other parts of the craft to begin the electron avalanche and possibly even glow a blue-purple color.

However, the researchers acknowledge that their result is a prediction, and sometimes nature has other plans. “In theory, there should be some effect, but whether the electron avalanche is strong enough to create a glow, and if any weak glow is observable during operations all remain to be determined in future drone flights on Mars,” says Farrell “In fact, one could even place small electrometers up near the blade and at the legs to monitor the effects of any charging. This kind of electrical monitor could be of both scientific value and provide critical input on drone health during the flight.”

NASA helps decipher how some distant planets have clouds of sand


Citation:
Helicopters flying at Mars may glow at dusk (2022, February 2)