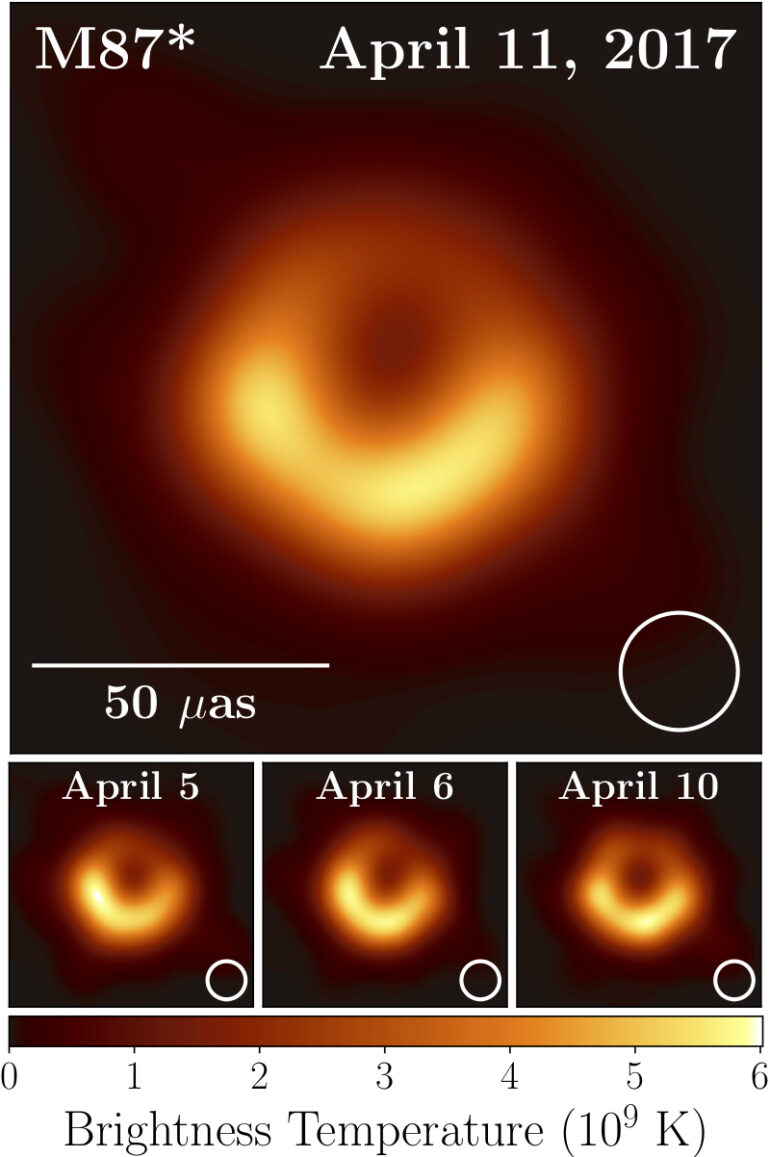 An independent reanalysis of the Event Horizon Telescope (EHT)’s observational data for the center of the elliptical galaxy M87 has produced images with different features, according to a new study. This study is part of the research process in modern science, in which observational data and analysis methods are open to the public and reviewed and discussed in various communities of researchers to produce more credible results.

The radio observational data for the center of the elliptical galaxy M87 that were obtained by the Event Horizon Telescope in April 2017 and the methods by which the data were analyzed have been accessible to the public worldwide. Researchers not involved in the EHT have been independently reanalyzing these data and methods, thereby validating the results presented by the EHT. In fact, various teams have published their detailed reanalysis results in research papers.

A research team consisting of Makoto Miyoshi (Assistant Professor at NAOJ), Yoshiaki Kato (Contract Researcher at RIKEN at the time of the study), and Junichiro Makino (Professor at Kobe University) reanalyzed the M87 data with standard tools and investigated the nature of the data. Instead of the ring structure observed by the EHT, the resultant images show a “core” at the galactic center, in addition to the astrophysical jet extending from the core and “knots” apparently forming part of the jet.

Many supermassive black holes emit astrophysical jets; the one extending from the center of M87 has been known for more than 100 years, having been studied on many occasions. The research team believes that it is the base of this jet that their analysis has resolved. The team points out that the 40-micro-arcsecond (1/25,000th of an arcsecond) ring structure seen in the EHT image is likely a result of the lack of sufficient data to resolve 40 micro-arcsecond structures, as compared to the data for the structures of other sizes, because of the fewer number of telescopes involved in the EHT observations at that time.

Published in The Astrophysical Journal, this study demonstrates the importance of the sensible, normal process that modern science should follow, with independent research teams reviewing observational data and analysis methods. Further data reanalysis, method examination, and planned follow-up observations are expected to provide more credible insights into M87’s center and the structure of the jet blasting out from the galactic center.