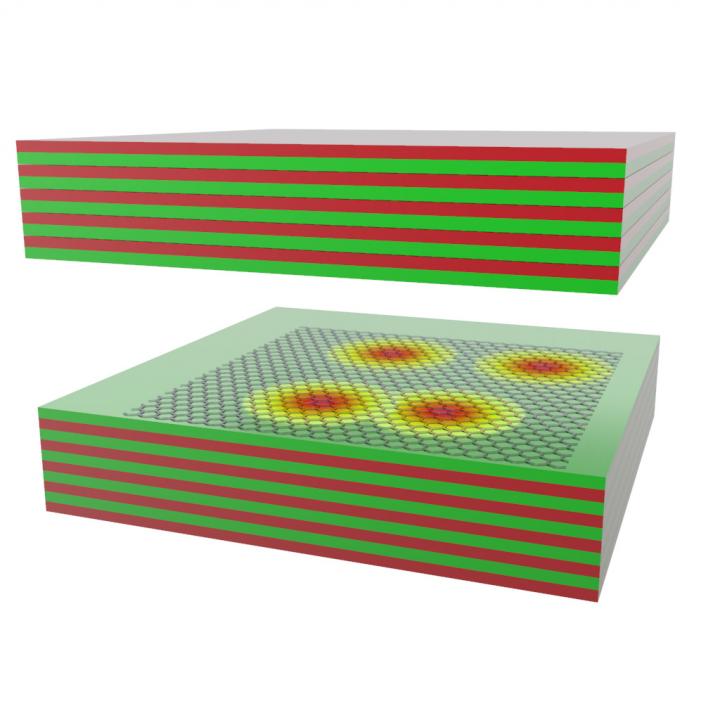 The ability to turn on and off a physical process with just one photon is a fundamental building block for quantum photonic technologies. Realizing this in a chip-scale architecture is important for scalability, which amplifies a breakthrough by City College of New York researchers led by physicist Vinod Menon. They’ve demonstrated for the first time the use of “Rydberg states” in solid state materials (previously shown in cold atom gases) to enhance nonlinear optical interactions to unprecedented levels in solid state systems. This feat is a first step towards realizing chip-scale scalable single photon switches.

In solid state systems, exciton-polaritons, half-light half-matter quasiparticles, which result from the hybridization of electronic excitations (excitons) and photons, are an attractive candidate to realize nonlinearities at the quantum limit. “Here we realize these quasiparticles with Rydberg excitons (excited states of excitons) in atomically thin semiconductors (2D materials),” said Menon, chair of physics in City College’s Division of Science. “Excited states of excitons owing to their larger size, show enhanced interactions and therefore hold promise for accessing the quantum domain of single-photon nonlinearities, as demonstrated previously with Rydberg states in atomic systems.”

According to Menon, the demonstration of Rydberg exciton-polaritons in two-dimensional semiconductors and their enhanced nonlinear response presents the first step towards the generation of strong photon interactions in solid state systems, a necessary building block for quantum photonic technologies.

“The research of Professor Menon and his co-workers could have a tremendous impact on Army goals for ultra-low energy information processing and computing for mobile Army platforms such as unmanned systems,” said Dr. Michael Gerhold, program manager at the U.S. Army Combat Capabilities Development Command, known as DEVCOM, Army Research Laboratory. “Optical switching and nonlinearities used in future computing paradigms that use photonics would benefit from this advancement. Such strong coupling effects would reduce energy consumption and possibly aid computing performance.”

Could we make cars out of petroleum residue?