3D-printed antennas could bring 5G and 6G to remote communities 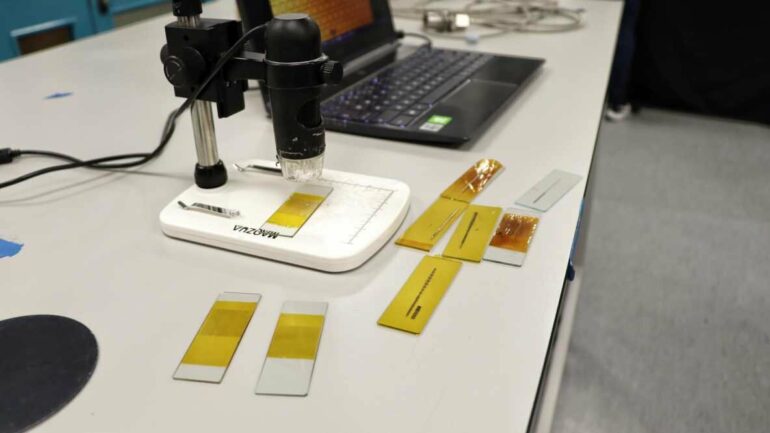 3D-printed radio antennas that could help bring stronger mobile phone signals and faster internet connections to people living in remote communities have been developed by researchers at the University of Sheffield.

The millimeter wave (mmWave) aerials, which have been designed, made and tested by researchers from the University of Sheffield’s Department of Electronic and Electrical Engineering, have radio frequency performance that matches those produced using conventional manufacturing techniques. The 3D-printed antennas could speed up the development of new 5G and 6G infrastructure as well as help to open up access to the technologies for people living in remote areas, both in the U.K. and around the world.

Antennas currently used to build telecommunication networks are typically slow and costly to manufacture. This is hindering innovation, delaying the development of prototypes and making it difficult to build new infrastructure. The researchers at Sheffield have developed a new design that enables radio antennas to be made much cheaper and faster using 3D printing without compromising on performance. The technique means antennas can be produced in as little as a few hours, for only a few pounds, but with similar performance capabilities as antennas manufactured in the conventional way which usually cost hundreds of pounds to create.

Below are some 3D surface plots created at the measurement lab—these plots show a comparison between a traditionally manufactured example, and the 3D printed antenna created by the team at the University of Sheffield. The antennas use silver nanoparticles, which have excellent electrical properties for radio frequency, and have been tested at various frequencies used by 5G and 6G networks, up to 48 GHz. Their gain and time domain response—affecting the direction and strength of signal they can receive and transmit—is almost indistinguishable from those manufactured traditionally.

Eddie Ball, from the Communications Research Group at the University of Sheffield, said, “This 3D-printed design could be a game changer for the telecommunications industry. It enables us to prototype and produce antennas for 5G and 6G networks at a far lower cost and much quicker than the current manufacturing techniques. The design could also be used to produce antennas on a much larger scale and therefore have the capability to cover more areas and bring the fastest mobile networks to parts of the world that have not yet had access.”

Radio frequency testing of the antenna was performed using the University of Sheffield’s industry-leading UKRI National mmWave Measurement Lab. The mmWave measurement facility can measure systems on chip and antennas to 110GHz, which is invaluable for communications research, such as that carried out on the 3D-printed antenna.

In Cybersecurity
on 3 September 20212 min read