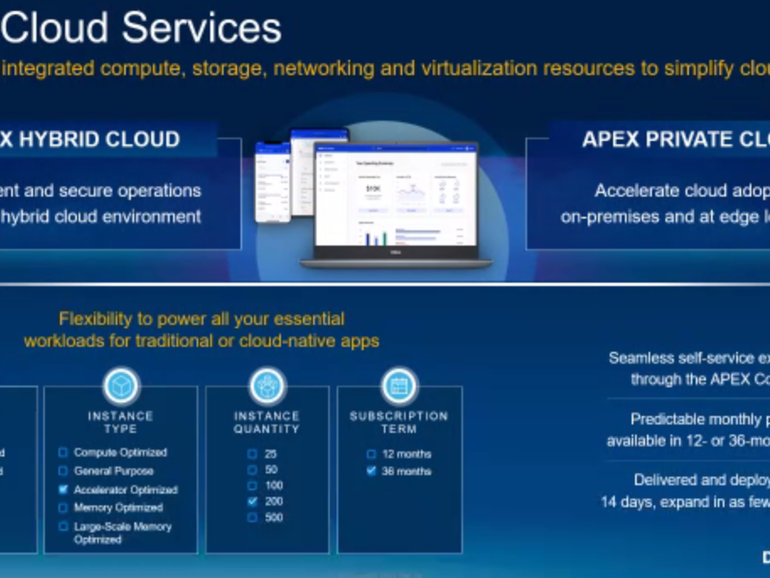 Even well-established IT giants that seemingly have everything they need to do business sometimes need help from the outside to optimize their own internal operations.

Apex ostensibly will enable GE to more efficiently scale its IT infrastructure across its global customer base, which encompasses 170 countries, Deepak Patil, Senior Vice-President of Dell Technologies, told ZDNet.

GE said this deal is important to delivering on its goal to create leaner and more autonomous business units. However, giving up control of one’s own IT systems–especially one as extensive as GE’s–and placing it in the hands of another provider is a non-trivial decision to make.

“It’s all about trust,” Patil told ZDNet. “This has been one of the most fundamental changes introduced by the cloud operating model–this fear of relinquishing control amongst your customers. This is essentially asking your cloud provider to take significantly larger control of your ecosystem, infrastructure, services, workloads, and applications, than you did previously. And this is especially important as more and more customers move their mission-critical applications and workloads into the cloud operating model. That is a very hard thing to do, unless you trust the provider.”

Patil said Dell has “broadened the very paradigm of trust, and not just from security. We include security, compliance, resiliency, transparency, and privacy. So we look at those five pillars as the core pillars of our trust with our customers.”

In using an on-premises cloud from Dell Technologies, GE said it now can meet business demand and become more agile by quickly transitioning IT resources without having to do a major reorganization of its existing infrastructure. The private cloud approach helps GE create application-owner control with automated provisioning and data services that speed the deployment of applications and services, the company said.

GE said it is using the Dell Technologies APEX portfolio to rebalance workloads across its business units, without creating a significant impact on its businesses and spending.

“We need to have the ability to change as quickly as the world does, regardless of whether we’re manufacturing a new jet turbine in Ohio or AI-based ultrasound technology in Bangalore,” Nancy Anderson, chief information officer at GE, said in a media advisory.

“In the former case, it reflects the multi-year agreement the companies announced in 2017 when GE chose Dell as its primary provider of IT infrastructure solutions and services,” King said. “To the latter point, the announcement qualifies as a significant vote of confidence for the value and vision of Dell APEX. With operations in over 170 countries, there are few other organizations with business requirements as demanding and complex as GE’s.

“Dell APEX should provide the solutions, services, and resources GE needs to achieve its goals of IT consistency and simplification across its global operations.”