Qualcomm takes 5G down to budget phones with Snapdragon 480 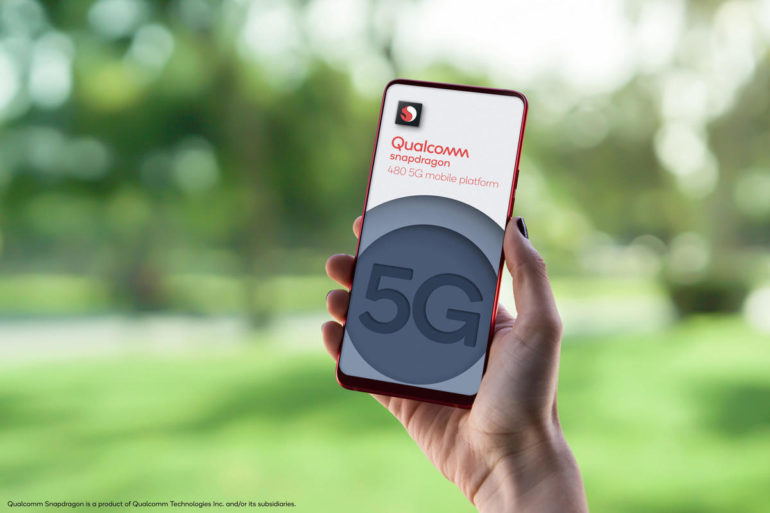 Qualcomm has taken the wraps off its lower-tier Snapdragon 480 5G, the successor to the 460 used in phones such as the Nokia 3.4.

The 480 is the first 4-series system on a chip (SoC) that supports 5G, is built on 8-nanometre lithography, supports Qualcomm Quick Charge 4+ and 120Hz displays, and has 2×2 Wi-Fi 6 support. The X51 5G modem supports millimetre-wave and sub-6GHz 5G signals, standalone and non-standalone modes, as well as time division duplexing, frequency division duplexing, and dynamic spectrum sharing.

Using the Spectra 345 image processor, the 480 also brings triple signal processing to the 4-series, which allows it to capture stills or video from three cameras simultaneously.

After bringing 5G to its flagship 8-series at the end of 2018, Qualcomm said the new chip would allow over 3.5 billion people to access a 5G handset.

Compared to the 460, Qualcomm said the chip more than doubles the performance of the Kryo 460 CPU and Adreno 619 GPU, with AI workloads seeing performance improve by 70%.

The first devices to use the 480 will be announced in “early 2021”, Qualcomm said, as Oppo, Vivo, and HMB Global that makes Nokia phones said they were all going to use the new chip.

At the end of 2020, Qualcomm launched its new flagship Snapdragon 888 chip, and followed shortly thereafter with its new mid-tier 678 chip.