Sky ECC says it was hit by complex phishing campaign 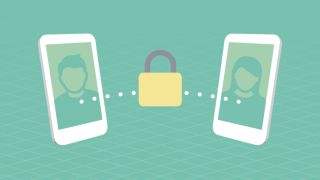 One of the largest encrypted messaging app and cryptophone networks suggests it could have been used in an elaborate phishing campaign, amidst reports of its takedown by Belgian and Dutch authorities.

Sky ECC, which boasts of over 70,000 customers of its encrypted communications platform, is reportedly one of the favourites of organised crime groups around the world. It was recently reported that in a coordinated effort over 1500 Dutch police officers conducted multiple raids and even took down and seized a Sky ECC server.

“SKY ECC authorized distributors in Belgium and the Netherlands brought to our attention that a fake phishing application falsely branded as SKY ECC was illegally created, modified and side-loaded onto unsecure devices, and security features of authorized SKY ECC phones were eliminated in these bogus devices which were then sold through unauthorized channels,” the company said in a statement.

Too little too late?

According to recent reports, while Belgian prosecutors were initially hesitant to comment on whether Sky ECC had been breached or not, they confirmed at a press conference last night that the authorities have managed to break the network’s encryption.

Belgian publication De Standaard reports that the raids were the result of the authorities being able to capture live messages after having cracked Sky ECC’s encrypted messaging service.

Sky ECC has denied reports of its network being compromised though it did acknowledge that the service “experienced temporary interruptions in connection with its servers.“