Small-scale foragers left more than footprints on the landscape 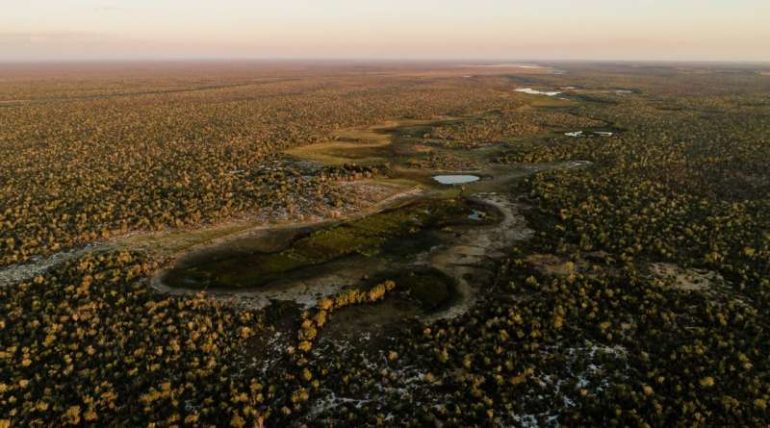 Archaeological sites like the Great Wall of China and the pyramids can be seen with the naked eye from space, but for ancient societies that did not build, their traces on the landscape are more difficult to find. Now Penn State researchers have used satellite data to identify areas in coastal southwest Madagascar where indigenous foragers altered their surroundings.

“One of the things I’m interested in is exploring the different ways that people leave a footprint on the landscape and understanding how long the traces of that footprint last,” said Dylan S. Davis, graduate student in anthropology, Penn State. “For a small-scale society that doesn’t build structures, how do they impact the landscape, and will that impact last thousands of years?”

Using high-resolution PlanetScope satellite imaging and vegetative indices to show how the landscape co-evolved with humans, and then a random forest algorithm and statistics to quantify the amount that humans changed their surroundings, the researchers were able to identify areas of human alteration. They report their results in Frontiers in Ecology and Evolution.

Archaeologists often looked at agricultural and pastoral societies in the past and catalogued the changes these lifestyles make in the landscape. Permanent or semi-permanent housing, fields and other structures dot the area and, in some places, completely change the natural landscape, but the impact on the landscape of hunter-gatherers is usually confined to temporary living locations and the remains are a few broken pieces of pottery, fire pits or animal bones. The assumption was that these communities did not alter the overall landscape.

In coastal southwestern Madagascar, most archaeological sites for fishing and gathering communities are ephemeral. There are no large buildings, but the record of use for some rock shelters goes back thousands of years. Even though these sites were only occupied part of the year, they were inhabited year after year.

“What we found was that the areas surrounding these sites, that appear to be pristine, are not,” said Davis. “We see a slight shift in the soil’s capacity to absorb water. This is indicated by a shift in spectral reflectiveness seen in the satellite images.”

The study area encompassed 250 to 300 square miles and showed that 17% of that area was changed by humans.

“The landscape changes may be subtle, but they are widespread,” said Davis.

The researchers compared the areas around known archaeological sites to areas without known sites and found a statistical difference between the forests. They found indications that the distribution of plants differed between known sites and uninhabited areas.

“What we don’t know is whether these types of changes in soil chemistry allowed people to occupy the areas in time of drought,” said Kristina Douglass, assistant professor of anthropology and African studies. “Or whether it allowed the ground to retain moisture and grow different plants.”

Douglass notes that animals in this area are drought-adapted so a slight increase in moisture could make a big difference in the animals that occupied the areas around inhabited sites.

According to the researchers, there are long-lasting, landscape-scale effects of settlement, and their work reinforces previous research that found that ancient communities actively modified their ecological surroundings in ways that increased the suitability of previously settled areas.

“We underestimate the impacts that non-agriculture societies have on shaping landscapes. These are subtle, but can be discovered,” said Douglass. “Looking at landscapes across the world, we find that people modified more of the world than we thought before.”