Study identifies concerning delays in tuberculosis diagnoses in the US 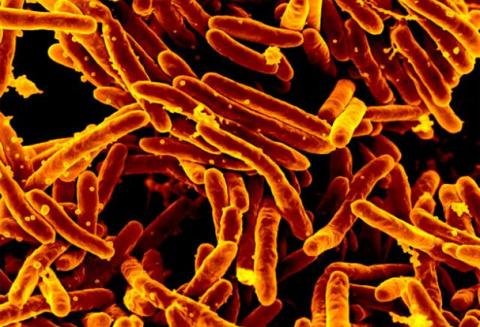 Tuberculosis remains a rare disease in the United States, but when it does occur, delays in diagnosing it often exceed recommendations by the World Health Organization, according to a new report by Harvard Medical School researchers published March 22 in The Lancet Infectious Diseases.

The typical, or median, delay in diagnosing an active case of TB was 24 days, according to the study, with the majority of delays ranging between 10 and 45 days. However, some delays were much longer—up to 250 days in certain cases. Unlike latent TB, in which the person who carries the TB bacterium has no symptoms and cannot infect others, people with active TB have symptoms and can transmit the infection to others.

The new analysis revealed that delayed diagnoses were linked to a higher likelihood of the infection being transmitted to household members. It also found a concerning link between delays in diagnosis and the risk for disease progression.

To minimize TB complications and prevent infection transmission, the WHO calls for initiating diagnostic workup and prompt treatment for all patients who have symptoms suggestive of active TB infection for two weeks or longer.

“The delays we found would be concerning under any circumstances, but they are unacceptable in a well-resourced health care system such as the United States,” said study senior investigator Maha Farhat, assistant professor of biomedical informatics in the Blavatnik Institute of Harvard Medical School and a pulmonary medicine physician at Massachusetts General Hospital.

While the new study was not designed to tease out the reasons behind the diagnostic delays, the researchers say one of the more likely drivers is lack of awareness among clinicians, possibly due to the rarity of TB in the United States. The classic TB presentation includes coughing up blood, fever, and night sweats, but TB can also presents with a range of symptoms that do not fit this textbook triad and can throw physicians off the scent, making prompt diagnosis challenging.

Indeed, the analysis suggests that some of the delays could be prevented, or at least minimized, underscoring the importance of increasing clinician awareness. For example, use of chest imaging and molecular diagnostic tests portended shorter time to diagnosis and treatment as did receiving care from an infectious disease or pulmonary medicine specialist.

“Our findings point to the key importance of continuing education of providers. We found several factors associated with delays and faster diagnosis,” Farhat said “This tells us that delays are modifiable and preventable.”

The researchers underscore that while TB remains rare in the United States, it is one of the top 10 leading causes of death worldwide. Concerningly, they note, recent trends show that while the number of active TB infections in the United States has been declining, the pace of the decline is slowing and that TB death rates in this country have not consistently followed a similar decline. This observation hints that gaps in the ability to diagnose the disease early and treat it promptly may be important contributors, Farhat said.

For their analysis, Farhat and colleagues used data derived from the medical insurance claims of nearly 19 million privately insured individuals, capturing doctor’s visits over a nine-year span, from 2008 to 2016, with a typical case follow-up of seven years.

Of the 18.9 million records in the database, the researchers identified 3,389 people whose records had diagnostic codes suggestive of TB. Of those, 738 individuals ended up getting an eventual diagnosis of active TB.

To gauge delays, the researchers measured the time elapsed between the first documented visit for TB-related symptoms and the initiation of treatment for TB. The median—or most typical—delay in TB diagnosis was 24 days, ranging from 10 to 45 days after initial visit for symptoms suggestive of the disease. Some cases, however, took far longer to diagnose—more than 240 days in some instances.

To determine the risk for infecting others, the researchers analyzed the rate of infection among the household members of 456 patients with active TB who had one or more dependents covered by the same insurance. Of those, 177 patients had another household member with latent TB. Of the 1,026 household members who cohabitated with a person with active TB, more than one-fourth (286) became infected. Further analysis showed that each additional week of delay in diagnosis boosted the risk for transmitting the infection by 20 percent.

Two patient categories appeared at greater risk for diagnostic delays—older individuals and those with suppressed immunity. The study did not examine the reasons behind this elevated risk, but the researchers said it may be because older individuals tend to have more variable, atypical presentation of symptoms or because clinicians may tend to attribute their symptoms to other lung diseases common in this group, such as COPD or pneumonia, for example. Delayed diagnoses among immunosuppressed individuals may be due to atypical, variable symptoms or may stem from susceptibility to infections with multiple other organisms, which can reduce the number of TB cells present in a test sample and make laboratory confirmation of TB more difficult.

People who presented with three or more symptoms were more likely to be diagnosed more promptly than those presenting with fewer symptoms—likely because the presence of more symptoms raised physician suspicion. The use of chest X-rays or CT scans to image the lungs, the use of a molecular TB test called nucleic acid amplification, and receiving care from a TB specialist, all expedited diagnoses.

The bottom line for clinicians, Farhat said, is to err on the side of over-testing: The risk of missing TB far outweighs any possible downsides of ordering a fairly inexpensive molecular test or an X-ray to rule out TB disease.

“If you have a patient with cough, fever, shortness of breath, especially if they were born abroad or are an older individual, then you should be ordering a chest X-ray early and, if abnormalities are seen, a TB nucleic acid amplification test,” she said. “Yes, these are non-specific symptoms but the key is to think about it TB as a possibility and to remember that it is still present in the United States.”

One reassuring finding was that a TB diagnosis was promptly followed by the initiation of treatment, typically within three days.

The researchers caution that their findings may not capture the full magnitude of delays because their analysis was based on a predefined set of variables contained in medical claim records, which may have left out less common disease presentations such as instances in which TB develops outside of the lungs and affects the nervous system. The study design also did not allow researchers to track transmission outside of a patient’s household, thereby likely underestimating transmission risk to others such as health care workers, for example. Another limitation, the researchers said, stemmed from the de-identified nature of the data, which did not allow researchers to capture important differences by race and ethnicity, which may be tied to delays in diagnoses and treatment, or country of birth, which confers different risk for TB.

Nonetheless, the approach points to the great utility of medical claims data in tracking patterns of disease diagnosis, testing and treatment, Farhat said.

“This is the advantage of big data,” Farhat said. “Interrogated the right way, these records can give us a wealth of information about clinical care trends, without the need to mobilize additional resources for data collection.”


Citation:
Study identifies concerning delays in tuberculosis diagnoses in the US (2021, March 22)
retrieved 22 March 2021
from https://medicalxpress.com/news/2021-03-tuberculosis.html