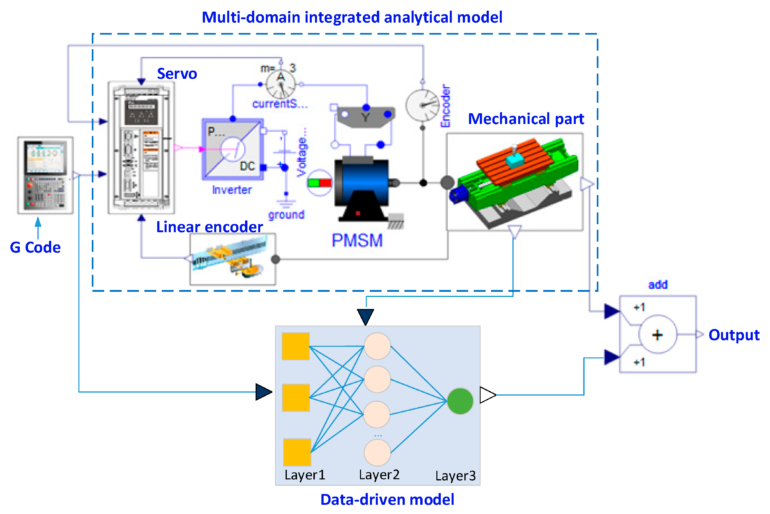 In every sector, sustainability and energy efficiency have become pressing concerns, and robotics is no exception.

Until now, however, researchers seeking to predict the energy usage of robotic systems were forced to rely on a piecemeal method providing only rough approximations under limited conditions. That’s because while an actuator—the device that converts electrical energy into mechanical force and thus movement—is made up of multiple parts, current approaches look only at the motor itself, rather than considering the controllers that also factor in.

“Existing power consumption models of actuators typically omit consideration of the switching power converter circuits required for directional, speed, or torque control, so we established a multi-domain framework for switched electromechanical dynamics,” NYU Tandon Associate Professor of Mechanical and Aerospace Engineering Joo H. Kim says of the work, which was recently published in Chaos: An Interdisciplinary Journal of Nonlinear Science.

“The switched electromechanical dynamics of a servomotor is derived from the individual models of the internal DC motor, gear train, and H-bridge circuit. The coupled models comprehensively integrate all possible distinct switching configurations of on-state, off-state, and dead time.”

As a result of the never-before-published model, roboticists will be able to accurately predict the power consumption of the actuator as a whole—and to effectively minimize that consumption. Additionally, as Kim explains, his team’s revolutionary approach could also be applicable to general electromechanical systems with switching-based control, such as those used in electric vehicles. The end goal of the research, which was supported in part by the NSF and the Mitsui U.S. Foundation, is improved energy efficiency in all high-mobility systems designed for complex tasks.

The team—which includes Professor of Electrical and Computer Engineering Dariusz Czarkowski and Ph.D. students William Z. Peng (the first author of the paper and now a Research Associate) and Hyunjong Song of Kim’s Applied Dynamics and Optimization Laboratory—has been working on simple systems such as pendulums and is now expanding their novel model to more complex realms.

“It’s gratifying to be working on something that has never been done before and that holds the potential to vastly improve sustainability in so many sectors,” Kim says. “I consider it proof of the importance of collaborating across disciplines for a common goal.”

ChatGPT bot ‘for professional use’ on the way