Pivotal battery discovery could impact transportation and the grid 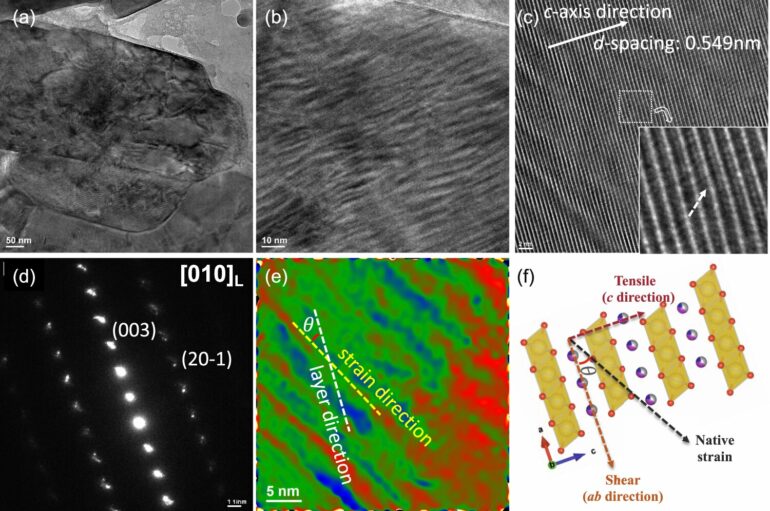 Battery-powered vehicles have made a significant dent in the transportation market. But that market still needs lower cost batteries that can power vehicles for greater ranges. Also desirable are low-cost batteries able to store on the grid the intermittent clean energy from solar and wind technologies and power hundreds of thousands of homes.

To meet those needs, researchers around the world are racing to develop batteries beyond the current standard of lithium-ion materials. One of the more promising candidates is the sodium-ion battery. It is particularly attractive because of the greater abundance and lower cost of sodium compared with lithium. What’s more, when cycled at high voltage (4.5 volts), a sodium-ion battery can greatly increase the amount of energy that can be stored in a given weight or volume. However, its fairly rapid performance decline with charge-discharge cycling has stymied commercialization.

Researchers at the U.S. Department of Energy’s (DOE) Argonne National Laboratory have discovered a key reason for the performance degradation: the occurrence of defects in the atomic structure that form during the steps involved in preparing the cathode material. These defects eventually lead to a structural earthquake in the cathode, resulting in catastrophic performance decline during battery cycling. Armed with this knowledge, battery developers will now be able to adjust synthesis conditions to fabricate far superior sodium-ion cathodes.

Key to making this discovery was the team’s reliance on the world-class scientific capabilities available at Argonne’s Center for Nanoscale Materials (CNM) and Advanced Photon Source (APS), both of which are DOE Office of Science user facilities.

“These capabilities allowed us to track changes in the atomic structure of the cathode material in real time while it is being synthesized,” said Guiliang Xu, assistant chemist in Argonne’s Chemical Sciences and Engineering division.

During cathode synthesis, material fabricators slowly heat the cathode mixture to a very high temperature in air, hold it there for a set amount of time, then rapidly drop the temperature to room temperature.

“Seeing is believing,” said Yuzi Liu, a CNM nanoscientist. “With Argonne’s world-class scientific facilities, we do not have to guess what is happening during the synthesis.” To that end, the team called upon the transmission electron microscope in CNM and synchrotron X-ray beams at the APS (at beamlines 11-ID-C and 20-BM).

Their data revealed that, upon rapidly dropping the temperature during material synthesis, the cathode particle surface had become less smooth and exhibited large areas indicating strain. The data also showed that a push-pull effect in these areas happens during cathode cycling, causing cracking of the cathode particles and performance decline.

Upon further study, the team found that this degradation intensified when cycling cathodes at high temperature (130 degrees Fahrenheit) or with fast charging (one hour instead of 10 hours).

“Our insights are extremely important for the large-scale manufacturing of improved sodium-ion cathodes,” noted Khalil Amine, an Argonne Distinguished Fellow. “Because of the large amount of material involved, say, 1000 kilograms, there will be a large temperature variation, which will lead to many defects forming unless appropriate steps are taken.”

Earlier research by team members had resulted in a greatly improved anode. “Now, we should be able to match our improved cathode with the anode to attain a 20%–40% increase in performance,” said Xu. “Also important, such batteries will maintain that performance with long-term cycling at high voltage.”

The impact could result in a longer driving range in more affordable electric vehicles and lower cost for energy storage on the electric grid.