The future of neural network models 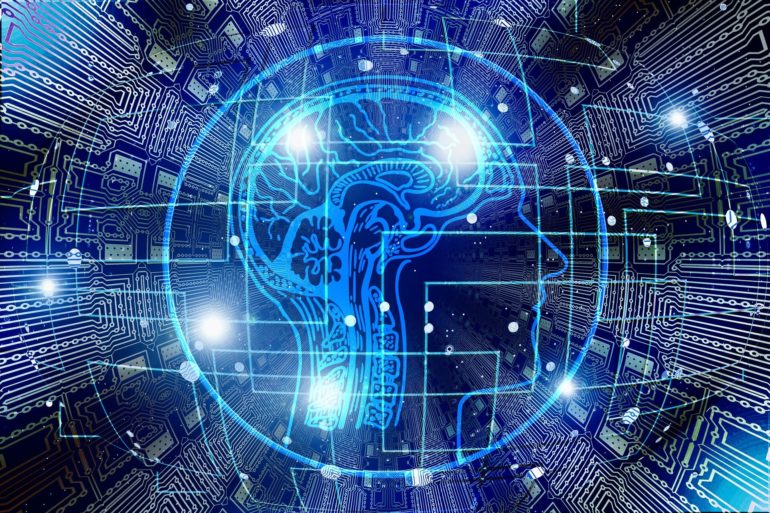 Neuroscience is a field most obviously associated with medicine and/or psychology. However, my background in physics and computer science enables me to explore, and further understand, how the brain computes and stores information, identifying the underlying physical mechanisms and the interplay between them.

My longstanding work with Professor Friedemann Pulvermüller from the Freie Universität Berlin seeks to answer a number of questions, primarily how are little children able to quickly interlink signs with meanings while our closest relatives in the animal kingdom struggle to do so? In order to find answers, we work with neural network models that we compare with brain-imaging experiments.

These neural models are potential tools for improving our understanding of complex brain functions, and it is a main argument in our new Nature Reviews Neuroscience paper that they need to be neurobiologically realistic to cover the complexity of brain function; models too simple may miss relevant aspects and mechanisms.

Recent years have led to major advances in this area, revealing, for example, novel features of neurons, synapses, and the connectivity structure of the human neocortex, which is a large part of the central nervous system that is critical for higher level functions such as perception, language and consciousness.

Our new paper discusses different types of neural models, and what needs to happen in order for them to become as realistic, and therefore useful, as possible.

From localist networks to whole brain networks, there are several different models at different levels of scale and detail that can help us better understand what goes on in our head when we see, feel, or speak.

We believe that neural network models need to bridge the gaps between approximate human brain models at different levels in order to understand brain function in full. Specifically, we need to understand the microscopic level of nerve cell function (roughly at micrometer scale), the mesoscopic level of interactions in local neuron clusters (millimeters), and the macroscopic level visible to the naked eye (centimeters). We can then study the interplay between processes on these scales and approach models that simulate brain circuits across all of them. This seems to be crucial to make progress beyond studies of single, isolated aspects of brain function; various groups worldwide have started to engage with this idea.

The brain constrained models are used to simulate human cognitive functions, and relate them to the neuronal material that has changed in brain evolution—for example, understanding the difference between macaque monkeys and humans. It is important that we understand whether the material structure might relate to functional cognitive changes.

For example: we know a lot about new evolutionary inventions realized in the human brain, but what we do not know is what, let’s say, a novel fiber bundle or cortical area functionally contributes to cognition. A fiber bundle on its own might appear to be a rather dumb piece of material.

Only in its functional interplay with other materials does it obtain a functional significance and, ultimately, gives rise to symbolic meaning. This can be studied with realistic brain models as we have done in Plymouth in collaboration with Pulvermueller’s group regarding the question of why humans learn language more easily than other primates.

In the future, it may be possible to perform neurocomputational modeling constrained by specific features of individual brains. Results obtained with individually constrained neural networks may open new perspectives on predicting future neuroplastic dynamics, and may be used for planning personalized therapy or surgery, for example for individuals with brain tumors.

Brain-constrained modeling applied to particular populations and even individual cases may thus open fruitful future perspectives. This is a long way off, but exciting to consider.

Tactile holograms are a touch of future tech

Understanding the brain is not only useful for neuroscience, psychology and the health sector; the derived principles can also be implemented on computers as a form of artificial intelligence and even be used to design completely new computing hardware made up of silicon neurons and synapses instead of common CPUs. We had hardware designers and cognitive roboticists on several previous projects, who aimed at copying brain processes in hardware and on robots.

It’s important that we interlink the knowledge we already have, to acquire and understand more knowledge about our brain function in the future. With the strides made in recent years, I’m confident we can get there.