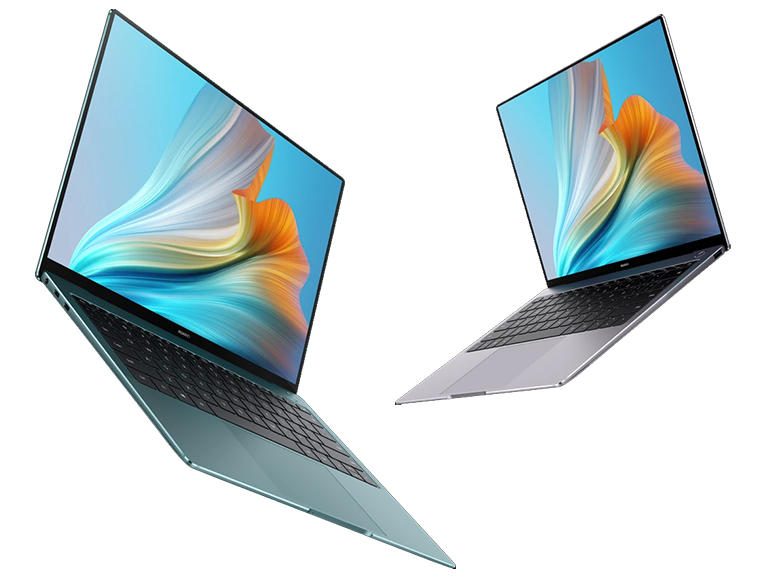 Huawei’s difficulties in the smartphone business have received a lot of attention, making it easy to overlook the company’s laptops. Last year I found the MateBook X Pro (2020) very attractive despite a couple of niggly annoyances. The MateBook X Pro 2021 is expensive at £1,599.99, but the 11th generation Intel Core i7 processor, 16GB of RAM and 1TB SSD might be enough to justify that. But what else does this elegant 13.9-inch laptop have in store?

There is just one MateBook X Pro 2021 model, and it’s intended to be a more than competent all-rounder, from the chassis design to the internal components. And there really is a lot of goodness here.

The MateBook X Pro 2021 is available in two colours, and I was slightly disappointed to be sent the Space Grey version to review. It looks sleek enough in a MacBook Pro sort of way, the chassis is tough, and the long divot cut into the centre of the bottom section makes it easy to lift the lid one-handed. But the alternative colour, Emerald Green, would have made a change on the review bench, and I suspect it would be something of an eye-catcher out in the real world.

While the primary colour is matte, there are bright, shiny silver bezels around the base and lid which add a little panache. On the underside, four reasonably well sized circular feet help to anchor the MateBook X Pro 2021 to a desk or table.

The MateBook X Pro 2021 houses a 13.9-inch screen in a chassis that’s deceptively small and gratifyingly lightweight, although it’s worth noting that not a millimetre or a gram have been shaved off last year’s dimensions of 304mm wide by 217mm tall by 14.6mm thick and 1.33kg. Similarly, the speaker grilles flanking the keyboard and the circular power button in the top right corner of the keyboard, which incorporates a fingerprint sensor, are also unchanged.

The screen is another area that’s seen little change. It’s the same 3,000-by-2,000, touch-responsive LTPS panel as before, with minimal bezels resulting in a 91% screen-to-body ratio. The 3:2 aspect ratio really comes into its own when you’re working on documents and large spreadsheets, although you can expect some letterboxing when watching video. The ambient light sensor that I found irritating last time round seems to be fixed, adjusting screen brightness well. Viewing angles are good, and for those that do a lot of screen capturing, the ability to sweep three fingers down the screen to take a screenshot might prove useful.

A good display like this deserves good speakers. There are four here, throwing sound out from the sides of the keyboard. Maximum volume isn’t all that high, but there’s no distortion when it’s maxed out. Still, bass tones are not as strong as they should be, which is a little disappointing.

If you use a Huawei phone (some models), you can take advantage of Huawei Share to create a connection between the handset and the MateBook X Pro. Make a link and the phone’s screen can be seen on the laptop, from where it can be controlled. You can share files between the two devices as well.

The tiny top screen bezel means that, just as with last year’s model, there’s no room for the webcam in its traditional location. So the MateBook X Pro 2021 reprises the arrangement used in its predecessor, housing it in the centre of the Fn key row: press down on the key marked with a camera icon, and the webcam pops up ready to use. Although this means there’s no need for a privacy cover, the viewing angle is terrible: no-one wants or deserves the up-the-nose view it presents. Having spent many hours in the last year on video calls for work, family and fun I can say that an external webcam would be a must-have for me if this were my everyday laptop.

The keyboard is very rewarding to use. Springy, well-spaced keys behave as if they want to be tapped, and there’s almost no aural feedback, making this an ideal laptop for working in quiet spaces. All the keys are large, with the arrow and Fn keys benefitting as well as the QWERTY array. I found it easy to achieve my full touch typing speed, and there’s a two-stage backlight for working in low light conditions. The touchpad is enormous and you can easily sweep the cursor across the screen in one single motion. I had no issues with gestures, and the whole navigation experience was smooth and trouble-free.

The MateBook X Pro 2021 runs on Windows 10 Home and comes in just one specification, powered by an 11th generation Intel Core i7-1165G7 processor with integrated Iris X graphics, 16GB of RAM and a 1TB SSD. It’s great to see such a large amount of storage provided by default.

There’s only a minimal selection of on-board ports: two USB-C, one USB 3.2 and a 3.5mm audio jack. The USB-C ports don’t list Thunderbolt support in the online specifications, although it’s stated that they support two 4K monitors at 60Hz and can handle data throughput up to 40Gbps, which is bang on for Thunderbolt 3.

Huawei rates the MateBook X Pro 2021’s 56Wh battery as good for 10 hours of local video playback, whereas last year’s model was quoted at 13 hours with the same battery capacity. In my battery rundown test, which involves a mix of document creation, video and music streaming, the MateBook X Pro 2021 battery went from full to 56% in three hours (~7h battery life), compared to 66% last year (~9h battery life). A day’s work was achievable with the 2020 MateBook X Pro, but I’m not so sure about that with this year’s model.

Huawei’s MateBook X Pro 2021 looks very similar to its predecessor, with the 11th-generation Core i7 CPU being the main upgrade. In some ways that’s perfectly acceptable: build quality, screen and keyboard were all great in last year’s model, and remain so.

However, the speakers still leave something to be desired, which is more noticeable when the screen is so good. This is not the main failing, though: battery life seems to have got worse since last year, and that keyboard-embedded webcam really needs a rethink. Lack of bezel space does create an issue here, but the unflattering camera angle is no longer acceptable (if it ever was) in this era of widespread video communication.

Huawei MateBook X Pro (2020) review: An excellent ultraportable, with a couple of flaws

The laptop with the best battery life in 2021