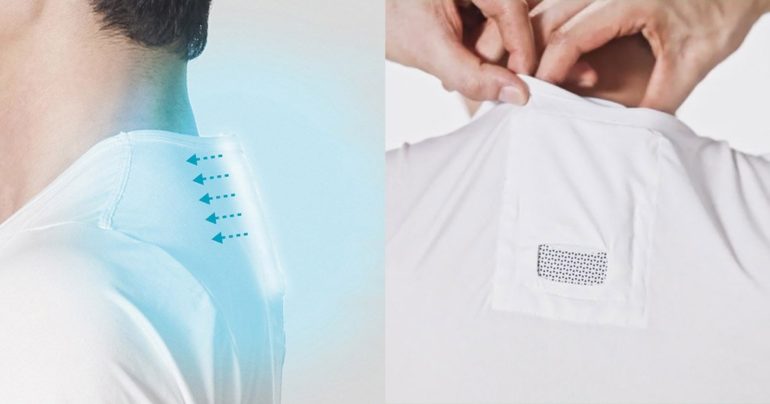 I’ve lived in Japan for nearly twelve years, and I’m still not used to the awful summers. Between the high temperatures and suffocating humidity, stepping outside in July and August feels like being slowly cooked in a sous vide pot. As a seemingly interminable rainy season comes to an end, I’m not going to need much encouragement to stay home.

I don’t think my opinion on Japanese summers is particularly unusual, which is probably why Sony decided to go ahead with the Reon Pocket through its First Flight internal-startup-incubator-slash-crowdfunding-platform. First Flight has previously led to products like the FES E Ink watch, the Huis smart home universal remote, and the Wena Wrist modular smartwatch. Now we have the Reon Pocket, which can only be described as a wearable air conditioner, and I’ve been testing it out.

The Reon Pocket is a fairly slim palm-sized white plastic device that charges over USB-C and connects to your iOS or Android phone with Bluetooth. It definitely looks like a Sony gadget. There’s a silicone pad on the back that you can press against your skin, and the Reon Pocket uses the Peltier effect to cool or warm itself up by absorbing and releasing heat. You can use it handheld, but the most widely promoted use cases involves buying Sony’s special V-neck undershirts with a pocket on the inner back to keep the device resting between your shoulder blades.

In CompaniesSmartphones
on 21 November 202029 min read

The app is pretty simple and gives you direct control over the Reon Pocket’s temperature settings. There are three levels of cooling or warming, plus…