The laser breakthrough that could make tech even faster 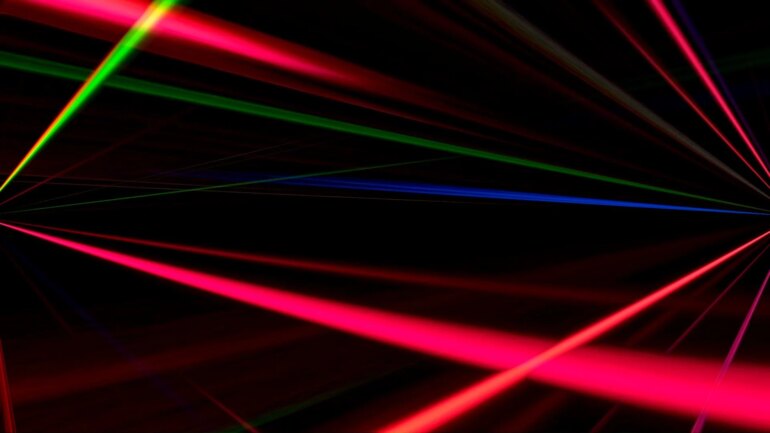 Lasers have become a major part of our day-to-day lives.

From phones and tablets to self-driving cars and data communication—even the information you’re reading right now is likely being delivered to you via lasers.

The technology’s applications are so broad even the researchers who deal with lasers daily are continuously amazed.

Among them is University of Queensland Research Fellow Dr. Martin Plöschner from the School of Information Technology and Electrical Engineering (ITEE).

“I’ve been working with lasers for the past 15 years and yet I’m often surprised to find them in the most unexpected places,” Dr. Plöschner said.

“In many of their applications, lasers operate in part of the spectrum which is invisible to our eyes.

“And what the eyes can’t see, the mind often doesn’t know about.

“If lasers operated more in the visible part of the spectrum, the world around us would be a magnificent laser show.”

One such hidden application of lasers is optical data communication—where laser light zips through optical fibers to deliver information.

But the ever-increasing demand for faster and more frequent access to data is pushing optical fiber networks around the world to their limit—the so-called “capacity crunch.”

Dr. Joel Carpenter from UQ’s ITEE said the laser light pulses relayed along the glass or plastic fibers travel at different speeds and can overlap, slowing down the process.

“Imagine yelling to a friend through a long concrete pipe,” Dr. Carpenter said. “Your message will distort depending on how much the pipe echoes, and you’ll also have to wait for the echoes to die down from one message before you can send the next.

“It’s a similar problem in large groups of computer servers, with the amount of echo dependent on the shape and color of the lasers being launched into the optical fiber.”

Measuring the properties of lasers is vital to making improvements, but there has been no method to fully capture this complexity.

Dr. Plöschner, Dr. Carpenter and their team—with expertise in laser beam manipulation, shaping and characterization—were keen to solve the problem.

They partnered with leading laser manufacturer II-VI Inc. and spent three years working on a way to make lasers faster and improve their performance.

They developed a tool that measures the output of vertical-cavity surface-emitting lasers (VCSELs) and allows the examination of the large amounts of data their light carries.

“The system itself is about the size of a shoebox and is simply inserted into the path of the laser beam,” Dr. Plöschner said.

“It can tell us how the laser beam evolves in time and changes its shape and color.

“That information is crucial to how the beam travels through the fiber link.”

The results can now be used to improve the next generation of lasers.

“Our tool will make it possible to identify the beam features that contribute to ‘pulse spreading’ in the optical link, which slows down data,” Dr. Plöschner said.

“Laser engineers can then design lasers without these rogue features, leading to optical links with higher speed and longer distance of operation.

“And any tool that can facilitate faster data transfer over longer distances is helpful.”

Dr. Plöschner said improved laser technology is set to benefit a range of industries, from telecommunications to security and car manufacturing.

“Autonomous cars use lasers to make a 3D image of the scene to help them navigate through traffic or reverse park in a tight spot,” he said.

“And you’re scanned by hundreds of tiny lasers every time you use facial recognition to unlock your smartphone.

“It comes as no surprise then that there’s a huge demand to make lasers with improved performance.

“This breakthrough will unlock an information treasure trove of optical beams.”

The research has been published in Nature Communications.


Citation:
The laser breakthrough that could make tech even faster (2022, September 12)