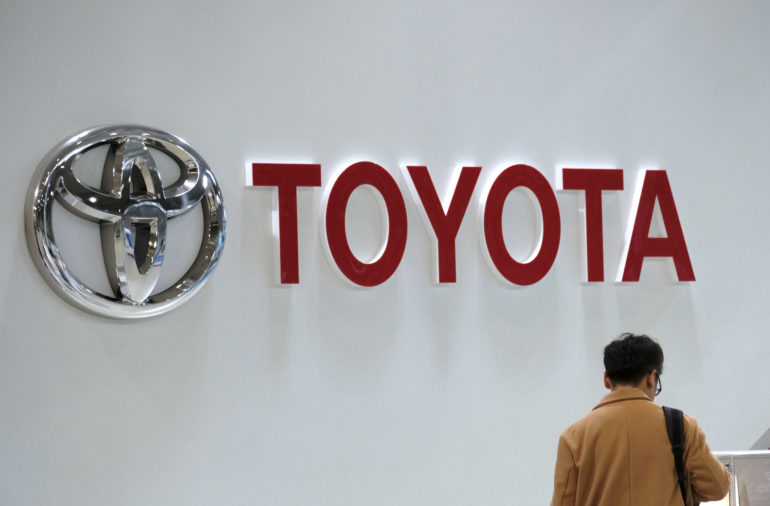 During a Toyota Motors earnings call on Friday, executives answered questions about how they plan to compete in the expanding field of electric vehicles, and took a potshot at Tesla’s sky-high valuation.

Toyota President Akio Toyoda acknowledged that Tesla’s valuation of around $400 billion is sky high, exceeding that of all seven Japanese automakers combined.

He also said Toyota could learn from Tesla’s success with investors, and its business model, which includes revenue from electric vehicles, regulatory credits, software and renewable energy products.

But, the exec went on to compare Tesla’s business to a restaurant still promoting its recipes, while Toyota is more like a restaurant already serving a huge number of customers.

“I am hesitant to say this — Tesla’s business, if you want to use the analogy, is like that of a kitchen and a chef,” Toyoda said.

“They have not created a real business in the real world yet. They are trying to trade recipes. The chef is saying ‘Our recipe is going to become the standard of the world in the future!’ At Toyota, we have a real kitchen and a real chef too, and are creating the dishes already. There are customers, who are very picky about what they like to eat, sitting in front of us, and eating our dishes already.”

Toyoda noted that his company makes and sells a much higher volume and variety of cars than Tesla, referring to 100 million Toyota vehicles out on the road owned by individual, fleet and other customers today. Toyota expects to sell about 7.5 million vehicles during its 2021 fiscal year, which kicked off Apr. 1, 2020.

Toyota popularized hybrid electric vehicles with its Prius line, which started selling in 1997. It also made a very limited number of battery electric RAV-4’s, including a second generation electric RAV-4 which it produced in a partnership with Tesla.

But Toyota didn’t commit to making a high volume of pure battery-powered electric vehicles until late last year. That’s when the company announced a joint venture with one of Tesla’s biggest competitors on the global stage, battery turned electric vehicle producers BYD in China.

Although Toyota’s profits fell in its most recent quarter, the company has seen 3% higher sales recovery than the broader autos industry, which is recovering after the pandemic dampened sales in China through the first half of the calendar year.

With signs of a recovery on the horizon, Toyota also more than doubled its full-year forecast. The company now expects to generate an operating profit of 1.3 trillion yen, or about $12.6 billion, for the year through March 2021. (It previously expected a 500 billion yen profit.)