The US Has Reached a Terrifying And Precarious Moment in The Pandemic. Here’s Why 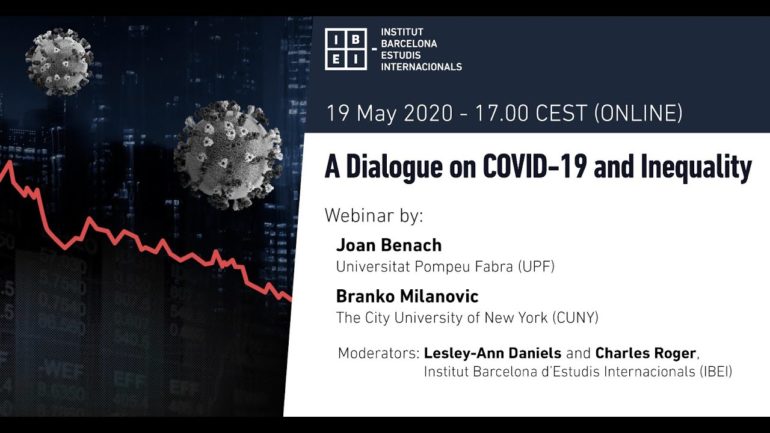 Although 23 percent of the US population is now vaccinated against the coronavirus, the director of the Centers for Disease Control and Prevention has warned of “impending doom.”

In a press briefing on Wednesday, Rochelle Walensky said the US is in “a critical moment in our fight against the pandemic.”

In the last seven days, average daily case numbers have trended up in more than 30 US states. The country’s daily number of new cases has risen 12 percent during that time, according to Walensky. Hospitalizations nationally increased 5 percent, on average, over the last two weeks.

“For the health of our country, we must work together now to prevent a fourth surge,” Walensky said earlier this week.

US deaths are still trending down overall, but spikes in mortality typically appear at least three weeks after cases go up. And 900 Americans dying of COVID-19 per day is still far too many, Walensky said.

Not all states are seeing equal surges – the rise in new COVID-19 cases is more pronounced in the Northeast, Michigan, and Florida.

Anthony Fauci, President Joe Biden’s chief medical advisor, said states with new case spikes share commonalities: They are either loosening restrictions on indoor activities and gatherings too quickly, or they’re being disproportionately affected by infectious coronavirus variants, like the B.1.1.7 variant first found in the UK. Or both.

“This tension between the desire to start opening up and the risk associated with B.1.1.7 is placing us in a precarious position,” Yonatan Grad, an infectious-disease researcher at Harvard’s T.H. Chan School of Public Health, told STAT. “It would be great if people could wait a little bit longer until we get higher levels of vaccine coverage.”

Florida’s cases have increased 8 percent in the last two weeks, as hordes of college students and spring breakers flocked to beaches near Miami for vacation.

CDC data shows Florida has both the highest total number of B.1.1.7 cases – 2,351 – and a higher proportion of total cases linked to the variant than any other state: 13.2 percent. Studies have found that this mutated strain is 50 percent to 70 percent more contagious than its predecessors.

“More infections will result because of B.1.1.7,” Walensky said Wednesday. B.1.1.7 is responsible for about 26 percent of US cases to date.

Michigan is also struggling with B.1.1.7’s spread. It has 15 percent of the US’s total cases linked to that variant: more than 1,230. Studies suggest people who get infected with B.1.1.7 are up to 64 percent more likely to die than those who get other coronavirus strains.

Michigan’s weekly average of new daily cases have increased almost fourfold in the last five weeks, despite a statewide mask mandate. Jackson and Flint have some of the highest case rates in the US.

Daily hospitalizations in Michigan have more than doubled in the last month.

New York, too, is seeing a new spike that could be due to infectious variants – both B.1.1.7 and another variant called B.1.526, which was first detected in New York City in the fall.

Epidemiologist Dr. Jay Varma, New York City’s senior advisor for public health, told Gothamist that together, B.1.1.7 and B.1.526 accounted for more than half of New York City’s coronavirus cases in mid-March.

The state’s weekly average of new daily cases rose 42 percent over two weeks. Together with New Jersey, it has one of the highest per-capita case rates in the US.

Large gatherings and a lack of masks lead to more transmission

Many states experiencing surges have also loosened coronavirus-related restrictions on masks and gathering sizes in the last month, contrary to recommendations from the CDC.

Polar bears have captivated artists’ imaginations for centuries, but what they’ve symbolized has changed over time

However, Florida, along with 17 other states, no longer have mask mandates. Texas Gov. Greg Abbott lifted the state’s mask mandate on March 10, and also eliminated capacity restrictions for all Texas businesses, including restaurants and bars.

Texas’s weekly average of new daily cases has remained above 3,200 for the last six months.

New Jersey, another new hot spot, has seen its average number of new daily cases increase by more than 50 percent since March 1.

New Jersey Gov. Phil Murphy allowed restaurants and businesses, including gyms and salons, to increase their capacity to 50 percent starting March 19. Murphy also said earlier this month that indoor events can include up to 150 people.

Pennsylvania, too, is seeing a surge that coincides with its recent reopening.

The state will allow restaurants to increase indoor seating capacity to 75 percent starting this Sunday. Since March 1, Pennsylvania guidelines have allowed indoor concert venues and arenas to operate at 15 percent capacity.

The state recorded roughly 28,300 new cases in the week ending March 30: a 33 percent increase from the week prior.