This 88-inch OLED TV with 8K just got a massive price cut – but can you afford it? 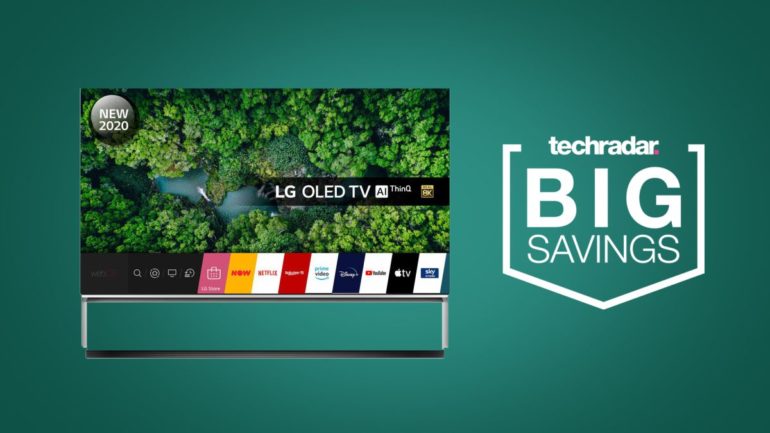 The LG ZX 8K OLED TV has a staggering discount at Currys right now, knocking £10,000 off the RRP for its largest 88-inch size.

You can now buy the 88-inch LG ZX for £19,999 – still a sizeable amount, certainly, but still the cheapest the set has ever been, and probably your best bet to get this big-screen behemoth into your home.

It gives you getting the benefits of 8K resolution detail, at a size where the step up from 4K really makes a difference. It’s one of the few 8K OLED TVs, too, with only LG really pursuing the overlap of these two high-spec panel technologies, meaning you don’t have to choose between 8K and OLED when picking your next TV upgrade.

That means you’re getting the exceptionally deep blacks and infinite contrast ratio of an OLED TV, as well as the a9 Gen 3 processor also used on last year’s LG CX and LG Gallery Series OLED.

There is a 77-inch model retailing for £11,999, which is also discounted for a smaller £1,000 price cut. The real saving is on its larger 88-inch sibling though (provided you can fit an 88-inch screen in your home).

It’s also worth noting that we are expecting a 2021 iteration of this 8K OLED TV called the LG Z1. We haven’t heard too much about it, but you can be sure it gets an upgraded fourth-gen processor, and will cost a lot more than the 4K models such as the LG C1 or LG G1 OLED.

Looking for more OLED TV deals? You’ll find all the lowest prices from across the web right here, with offers available in the US, UK, and Australia.